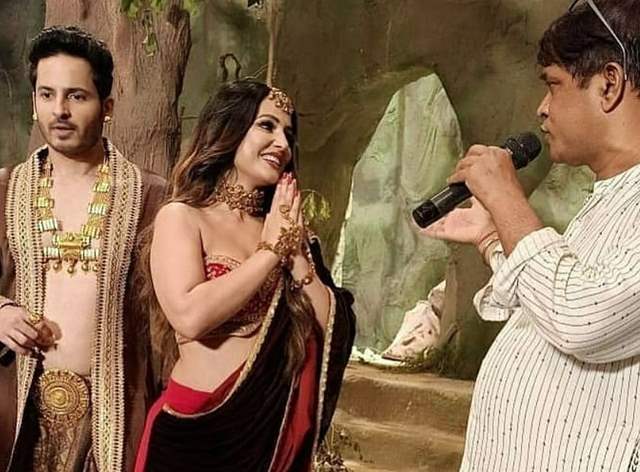 Naagin 5 has already hit the tube and the viewers got a glimpse of the new season of the supernatural thriller last week, but the story is yet to be uncovered.

It is already been reported in the media that Dheeraj Dhoopar has already wrapped up shoot for Naagin 5 and now Hina Khan has wrapped her shoot. Yes, You heard it right. The actor has completed her shooting schedule of Naagin 5 and also shared some glimpses of her last day of shoot on the sets on social media.

Hina had a cameo in the show and has finally bid adieu to the crew. Have a look at the post.

Dheeraj played the character of an antagonist Cheel Aakesh, who turned out to be the villain in Mohit Malhotra (Hriday Naag) and Hina Khan's (Sarvashreshtha Adi Naagin) age-old love story.

After Hina Khan and Dheeraj Dhoopar's exit from the show, the show will be carried by Surbhi Chandna as the lead. Are you excited to see Naagin 5's upcoming episodes?

Anurag Kashyap's Lawyer Releases Statement on His Behalf
27 minutes ago