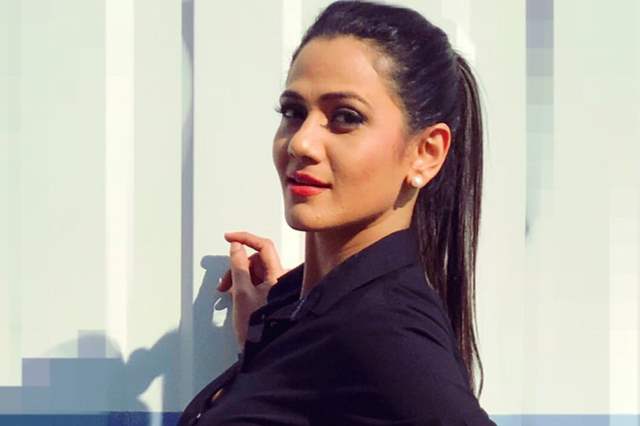 While there may not be the usual hullabaloo surrounding the fifth installment of Naagin like usual owing to lockdown but one can certainly not deny that with Naagin, there's always interest. After having amassed three massively successful seasons earlier and one topsy-turvy ride with the fourth one, Naagin 5 is all set to arrive on the screens in just over a day with Hina Khan taking over the titular role.

The fifth edition of the supernatural thriller has also already roped in some fine actors in the industry playing important roles and even with hours away from its launch, we continue to get updates about more and more people joining the show.

This latest one that we are talking about is special for a reason is marks the comeback to the small screen after two long years. Yes! That's right. Actor Kajal Pisal, who was last seen in Udaan and is also remembered for her role in Saath Nibhana Saathiya will be making her TV comeback after two years and will be seen playing a pivotal and positive role in the show. In a quote to Bombay Times, Pisal confirmed the same saying, “Yes, I am a part of ‘Naagin 5’. I’m excited about associating with the franchise and am thankful to the makers for giving me this opportunity. I am not at liberty to reveal much about my role at this point, and will be able to talk about it only when I start shooting.”

When she was asked what led her to take this two-year break and what did she do all this time, she said, "I was more busy travelling and exploring new places. I even uploaded videos of my travel and shared them on a video-sharing platform. The idea was to let the viewers travel along, albeit virtually. Besides, my daughter is also growing up and she needed me to be around her. These are the crucial years when children need guidance and companionship. So, I spent time with her, uninterrupted (smiles), and enjoyed every minute of it. We would dance, sing and cook together. I was always by her side while she was studying. We thoroughly enjoyed each other’s company and have become best friends now. She has grown into a beautiful, strong, sincere and disciplined teenager. She is extremely particular about her studies as well. Now, she is independent enough for me to get back to work.”

Well, we are sure the fans of the actor cannot wait to see her back on the screen.

"My favourite moment is of my own of the series, which is a ...
12 minutes ago

6 Iconic Dialogues Every True Mirzapur Fan would Use in Real ...
38 minutes ago