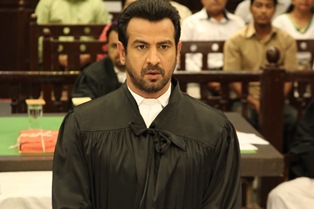 This week on Sony Entertainment Television's courtroom drama in Adaalat, KD (Ronit Roy) has to unlock the mystery behind not one but two deaths.

A Swamiji accused by his own disciple Krishna for making fake medicines is found dead in his Ashraam. Nitish Maharaj, his adopted son blames Krishna for what happened to his father. Things come to another halt when we find Krishna was Swami Ji's real son. But shockingly Krishna is found murdered. And now Nitish is the one who is being blamed for both the murders.

6 years ago I watched this episode. It was nice.
KD Rocks!!

+ 4
9 years ago Ash the cause? lOl, you got be kidding me. Salman himself was the cause not aish. She didn't tell him to drink to the extent in which he should get drunk. She didn't ask Salman to call Vivek and abuse him. She didn't ask Vivek to tell the media. so tell me in where exactly is Aish the cause in this situation? Seriously you people, instead of blaming the person that needs to be blamed, you's always manage to make up an excuses and blame it on the other person whom you may not prefer as much. Give credit where its due!

ps; I am Not an Aish fan but I wouldn't say I hate her either. lol. but I am a fan of Vivek. He is a great actor and this faisco needs to be buried...

+ 2
9 years ago I really liked Chillar party it's a great movie...loved the promos with Salman and the Chillar party they were cute...

9 years ago wish these two would become firends - Ash the cause - has moved on and seems to be happy and in control of the Bachans.