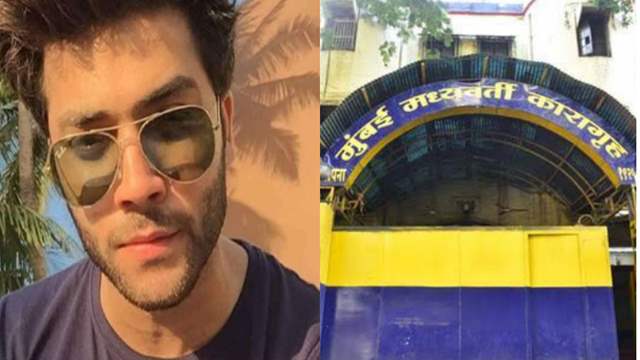 Aryan Khan and Arbaaz Merchant have been separated and assigned different barracks in the Arthur Road jail.

Arbaaz’s father, Aslam Merchant, a lawyer by profession, spoke to ETimes exclusively, and spoke about the emotional upheaval that his family is going through, including the near nervous breakdown of his son in jail.

Merchant met his son for the first time recently, after Arbaaz was sent to jail.

Speaking about his first meeting with his son, Merchant says,

“I have been meeting my son at all the hearings, but my wife had not seen him for almost 20 days. It was a very emotional moment for us and she cried inconsolably. But, look at the irony, I had to stop her and tell her to not waste the precious little time we got with Arbaaz in crying. We were there to talk. The moment he saw us Arbaaz said, ‘Look where I have landed?’ He told me he was in the general barrack and kept with six-seven inmates. I really don’t know what kind of background those inmates come from. Arbaaz told me he is getting anxiety attacks and cannot sleep at all”.

Merchant also reveals that it hurt him to see his son on the other side of the jail fence, a place where he normally sees his clients, other inmates, before representing them in court.

“My son is all alone, perhaps that’s why he is getting these anxiety attacks. They have separated the two friends -- Aryan has been kept in a separate cell, while Arbaaz is in another one. He is getting food like any other prisoner. Whenever he’s met me briefly before the court hearings, the first thing he’s wanted to know is about the development in the case.”

"Personally, I feel, at least Aryan has hope that his father is Shah Rukh Khan, a hugely popular and influential figure. But neither Arbaaz nor his father has that kind of influence. We’re just common people with no connections. I think Arbaaz was unlucky, he was in the wrong place at the wrong time. It was just destiny I guess. But I am happy, how he has stuck by his best friend Aryan. He’s been a loyal friend, I call him a yaaron ka yaar.”

Arbaaz Merchant along with Aryan Khan was arrested on October 3 by the NCB after it raided a cruise ship off the Mumbai coast and claimed to have seized banned drugs.

They both are currently lodged in Arthur road jail.

1 months ago For those who have come here to judge other parents on being better parents, be aware that neither was Aryan Khan found in possession of drugs nor were drugs detected in his blood tests. On what grounds is he being held without bail? To hold a person without bail without evidence against him is against the law. What is his crime? For being at a party where drugs were distributed? Places like Bollywood and Hollywood where moneyed people congregate there will always be those trying to take advantage and distribute drugs on the sly. Recently raids where done in so many parties and proof was found of so many celebrities contacting drug traders? Where any of them held like this? Instead of being judgemental asses, be aware of how the law is being used as a tool for extortion.And before anyone judges me based on my religion, I am Hindu and have supported both the state and Central government on many issues. But what is being done here is wrong. Karma bites - when you judge others, just pray that you or your own kids are not in the wrong place at the wrong time

+ 2
1 months ago Big question is surely these parents knew their sons were taking drugs instead of taking action to kick their habit but just turned blind eye and let them do whatever they wanted to do as they were busy making money!! Him saying “"Personally, I feel, at least Aryan has hope that his father is Shah Rukh Khan, a hugely popular and influential figure”. Does it mean SRK is high above anyone or even god LOL. We know after all the denied bails, HC will give bail and then the case will go on forever to be forgotten

1 months ago Aww... so sad dear...after all Jail is such a exciting place t spend sometime with your friends....I cant believe the nerve of these parents... I mean they are not ashamed of what their children have done and instead of telling them that "its their actions that have them landed in such a place" they are complaining...What they would teach their children when they are clearly disillusioned themselves.No wonder their children grew up to be like this... they are not sorry but instead are complaining about their condition...

1 months ago Dont feel sorry for these parents at all. They should have better parents. Taught your child better than wasting his life and his parents hard earned money on drugs. God he can't sleep in jail maybe he will learn a lesson that he shouldn't be involve any crime.

1 months ago This is why you have to stay away from drugs and those who do drugs. It’s not that difficult.

1 months ago Feeling bad, but everyone needs to be treated the same. Wish you were a better parent.