When it rains it pours, and this is exactly what happened to Slumdog Millionare at the Oscars
as it amassed a total of 8 Oscars, which included 2 Oscars for A.R. Rahman!! 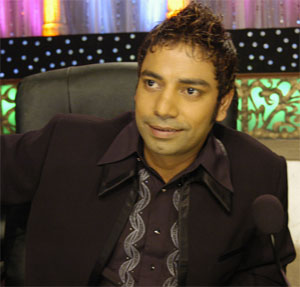 Featured Video
However, ask choreographer Longinus Fernandes, as he was the one who directed the 'Jai Ho' number, and he will say, While he was "handsomely paid for it", his name was missing from the film prints. "More than feeling sad, I was hurt though this isn't new to me. All my life as a choreographer, I have had my name missing from the credits. It hurt a lot this time though", says Longi.

He expressed his displeasure to the production team and film producer Amar Butala who "had helped me get this film in the first place", who in turn conveyed it to the Slumdog producers and most importantly, Danny Boyle. "Danny called me once he got to know of it and said, 'Longi, it was an oversight and I'm very sorry and will definitely make up for it". And make up he did, when he went up to the Oscar stage on Sunday night and thanked Longinus for choreographing the song. "I was watching the Oscars closely from 7 am and when Danny took my name, I couldn't believe my ears. He said it on the international stage and that too, when I was least expecting it. He compensated for it and how! I'm sure the entire world heard it. I'm deeply touched by his magnanimity. It only shows the respect he has for creative people".

Longi is best known as the choreographer, who took Shveta Salve to the finals of the first edition of Jhalak Dikhhla Jaa and recently was seen as the judge of Sahara One's dance reality show, Saas V/S Bahu.

Talking about his experience of choreographing Jai Ho, he says, "Slumdog isn't a musical but that number was fun to direct. I did it in 15 days and Freida (Pinto) and Dev (Patel) were kind enough to mention my name in some of their interviews".

The film, he says, is a victory for the underdogs. "It shows hope and it celebrates life. Whatever attention it has been getting on the international scene is well deserved and hats off to Danny for having the vision of making it".

Finally, where does he go from here? (Laughs) "I may go anywhere but I will always come back home. I am working on another film with the same production house of Slumdog and also a film with Aftab Shivdasani and some other projects. God has been kind and I have never been short of work. It's only when I don't get credit for my work, it hurts. But Sunday night has changed it all. I'm on top of the world and it doesn't matter any more when my name has already been taken on the biggest stage ever".

13 years ago After all the Britisher gave credit where it''s due,i was personally so happy for Longi baba he deserves every bit...

13 years ago it was really nice of danny 2 do that!

Seems like to have his name missing on the credits was not such a bad thing after all!!!

13 years ago Thats nice but of course it hurts when you don''t get credit for your hardwork.

+ 2
13 years ago dats really sweet of Danny.nd jaya ho was really beutifully choreographed nd he is a part of jaya ho success.
so many times it happens like dis dat persons who contribute to the success won''t get dat fame nd its really sad.but happy for him.bless him

+ 2
13 years ago really nice of danny...longi is really talented