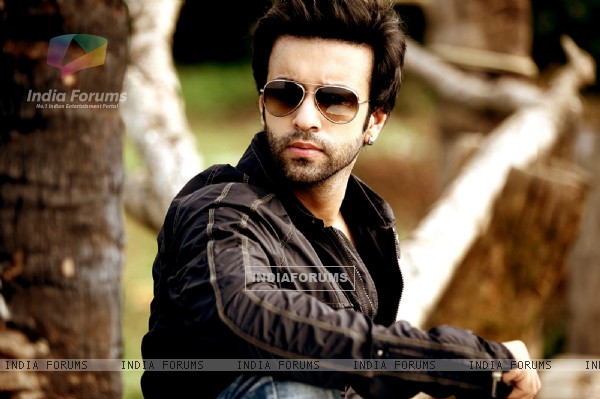 Actor Aamir Ali Malik, who has entertained the masses with his performance in many shows is rejoicing his achievement these days.

Wondering what is the achievement for?

The dashing actor Aamir Ali has successfully completed a decade in this industry. While Aamir, has acted in films too, but it looks like he wants to stick to his base that is TV and he enjoys doing TV.

Aamir who is currently seen on & TV's Dilli Wali Thakur Gurls, speaks to us about his achievement, people whom he admires and more...

When asked Aamir Ali to know about his journey in the industry for which he said, "The journey has been wonderful and I am blessed to get such a great platform."

Elaborating more about his journey, he says, "I started my career from Kahaani Ghar Ghar Ki . Having acted in many daily soaps after that, I tried my hand in  doing comedy with Sarabhai v/s Sarabhai, where I did a cameo role and after that I took F.I.R to play a full fledged comedy role. Now I am very much comfortable doing comedy role and I am willing to do a romantic - comedy role."

Aamir also states that during his completion of 10 years, he entered into another a phase of his life by getting married to Sanjeeda. While Sanjeeda too being from the industry supports her husband, we ask the actor to know how helpful and supportive is his wife when signing projects and he says, "Sanjeeda is very supportive but her involvement is quite casual. But however, I consult with Sanjeeda about the offers and different projects which interests me.

The actor has never faced any issue of attitude or ego while working with so many co-stars. When asked him about the same he says, "Yes, I gel with my co-stars very well because our tuning and bonding has been perfect all the while."

When asked Aamir, who will give his success credit to? He says, "I have met many people in these years who have helped and supported me but my mom and Sanjeeda are pillar of strength for me."

TellyBuzz wishes Aamir Ali Malik all the best for his future endeavors!

+ 4
5 years ago Amir Ali Malik u r just awesome as Dylan
Missing sanjeeda shaikh on screen. Hope u r back with Eht 2!

5 years ago Amir Ali malik ur doing awesome as Dylan

+ 4
5 years ago Aamir Ali Malik u r doing an awesome job as Dylan in dwtg!
Missing sanjeeda shaikh on screen. Hope u come back on screen with Eht2!

5 years ago Aamir Ali malik loved you as bajrang pandey. Great character that was!