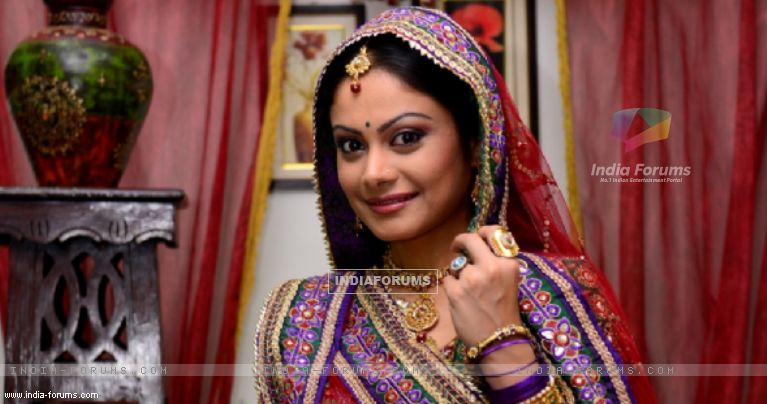 You talk about Balika Vadhu (Sphere Origins) and what comes to one's mind is Anandi. Anandi in the show can be called as the medium through which social messages are reached out to the masses. In this conversation with Toral Rasputra, essaying the role of Anandi, speaks not only about her journey since the time she stepped into the show but also her character and comparison with Pratyusha Banerjee.

Balika Vadhu is all about women empowerment and giving out social messages. Do you practice such things in real as well?

Yes, I do. I feel that women should get the respect which she deserves. Besides this, I really believe in women empowerment and educating women. More or less, I really relate to the character I am portraying on screen like standing for the truth.

You have been portraying the character of Anandi since almost three years now. Are you willing to have some change in terms of trying your hand on different genres?

Any actor would want to do so... But as far as you talk about Anandi, people have become used to her image, her character. From my side, I have strongly tried to maintain the image of Anandi. I have tried to maintain the character and make some changes from my end in my portrayal after Avika Gor and Pratyusha Banerjee's portrayal as Anandi. Apart from this, yes as an actor, I would definitely want to try different genres. Anandi is very quiet and docile now, but when Avika was playing it, Anandi was very chirpy and bubbly. If I get an opportunity to play something like Avika played, I would love to do that. I feel as an actor, I talk very fast. That was the most difficult part when I joined Balika Vadhu. So, if I get an opportunity for to play a contradicting character, I would definitely take that up.

While you are shooting for Balika Vadhu, would you like to get into any reality shows?

Yeah! If I get a dance reality show, I would surely do so. I am a classical Bharatnatyam dancer. I have learned Bharatnatyam for seven years. I have also learnt western dance while I was in Shiamak Davar's academy. Since I am a Gujarati, garba and Dandiya is in my blood.

Since you entered the show midway, how easy or difficult it was to get into the skin of the character and to please the audience?

It was extremely difficult and I actually felt the pressure on me. People loved Avika, loved Pratyusha as Anandi; they could not imagine anybody else as Anandi. As an actor too, I felt the pressure because it is very difficult to maintain the image of a character that is already set in the mind and hearts of the audience. But I gave my best and I am glad that audience has accepted me as Anandi. I feel good about it (smiles).

Even if the audience does not want, unintentionally, they tend to compare you with Pratyusha...

Like I said earlier, Anandi is in the hearts of everyone and is difficult impress all the audiences. But I still feel there are viewers who feel Pratyusha essayed well than me. I do not feel bad about it. I mean, she has done her part and in real also, she is younger to me. Her way of acting is different, mine is different. When she was there, the situations in Anandi's life were different and now while I am playing, the situations are different. I do not take it offensively. It is obvious that not everyone would like me. I have done my best and I will keep on giving my best.

There will come a time in future when the show has to end. What is next?

I have done saas-bahu for a long time before Balika Vadhu. I have done Kesariya also which too had the similar Rajasthani backdrop. Now, I would definitely want to try something different. Maybe a love story or comedy that comes my way. You never know what is going to happen. It depends.

Something to your fans

I would like to tell all my fans to just be with me, support me. I have tried my best to entertain you guys and will keep on doing that.

+ 5
5 years ago She seems so nice and down to earth. She didn't have to keep praising Pratyusha; others would have said 1 line but she complimented Pratyusha so well. Shows how big hearted she is.
I haven't watched Balika in a long time esp after Pratyusha left, but I have to say Toral is a nice person

Ramya8897 6 years ago JUST LOVE U TORAL RASPUTRA...U R THE BEST ANANDI UR CHEMISTRY WITH SIDHARTH IS THE BEST..BLESS U

6 years ago I have been watching this show from day 1 but ended it with shiv's death..sorry to say..but i cud never really connect with toral being Anandi..Toral did improve a lot and tried her best but when i think of anandi its only pratyusha who comes to my mind...after her exit i watched it only for shiv...essence of anandi's characer was lost with Toral's entry..Toral is invisible widout sid with her onscreen..For me Anandi will still be Avika (as a kid) or Pratyusha (as an adult)...Anyways now tat i dont watch the show All the best to Toral...

6 years ago Toral Rasputra, your portrayal of Anandi is just fabulous.

6 years ago Toral you are disgusting woman and person without honor or dignity. Get lost and go to the hell together with those disgusting director who gave you Anandi role. Pratyusha has millions of fans all over the world and we all the love her because she is great, talented and charming. And you are nothing, deserve all the worst, and we all wish you all the worst. I hope that we will never have to see your disgusting face.

6 years ago Pratyusha Banerjee is true original Anandi.She is amazing actress.She is the best.

+ 2
6 years ago Pratyusha Banerjee rock in every role she plays. She is amazing actress, and for me the only adult Anandi.

6 years ago Best luck Toral Rasputra for your future and the forthcoming tracks of Anandi. You as Anandi were fabulous as Shiv's wife and gave us memorable memories of a perfect couple. Waiting to see Anandi now as a perfect mother who will fight tooth and nail for her kids...

6 years ago Toral Rasputra you are absolutely beautiful Anandi. All the best ...

6 years ago Toral Rasputra would love to see you on Jhalak!! You are a pretty and elegant lady.

You and Siddharth Shukla together perfectly portrayed a wonderful couple of Indian TV AnSh on screen.. You both were just fabulous together as Anandi and Shiv. Miss you both so much!!