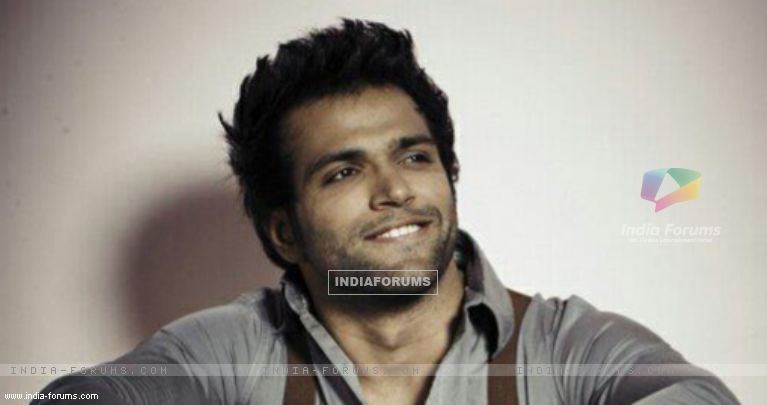 Popular actor Rithvik Dhanjani, last seen as a host of the episodic series Yeh Hai Aashiqui, will be seen as a host for Channel V's Distractions, a game show which an adaption of the UK show. While Rithvik very well knows the knack of hosting and acting both, we ask actor about the show, trying hands on hosting and more in detail with us...

Here is what Rithvik has to say -

Speaking about the new game show, Rithvik says, "V Distraction is an International concept introduced in India. The show was hosted by Jimmy Carr in UK which was a huge hit and now in this Indian adaption of the show, I have stepped into his shoes to host the same game show which is quite a challenging task. I also think the youth are always open to new concept and ideas and this show has a very fresh content for viewers."

He further adds, "It's a very interesting concept as there are four young people who are contestants coming every now and then. They have to answer very simple questions asked by me. The only difficult part is they have to answer those questions without losing their concentration as they will be distracted using various bizarre, painful and humiliating methods."

Rithivik who has hosted many shows before says that this show is very different from previous ones because he has to be strict with contestants, "I am more quirky here and to brief more, I have to take cases of the contestants. Earlier, I used to host with fun and masti but here, I am more strict and have to be mean with the contestants. So through distractions, I will be taking a class of the contestants on this show."

There are many quiz shows launched on television, so how different is this show from others? Rithvik says, "The concept in itself is very different, there are no quiz shows currently running on television like this. Yes of course, there is a show coming up titled as India Poochega Sabse Shana Kaun? where Shah Rukh Khan will be hosting and it will air on & TV, but again our concept is very different where young people will appear to have fun and they will be distracted while giving answers."

"This show is also unique because the contestants will be moving in 360 degrees during which they have to answer the questions," says Rithvik.

Lastly sharing a message for the fans, Rithvik says, "This is something very different which I am trying for the first time, I hope people like it and enjoy. It's quite fun and comes for just half and hour in a day, so all can sit with family or friends and can enjoy. People who like me, I would ask them to watch this light hearted show to have a little bit of fun in their life."

Keep up the good work Rithvik!

6 years ago Rithvik Dhanjani you are the most entertaining host. Keep a rocking.

+ 2
6 years ago Loving ur hosting Rithvik dhanjani . you make the show more fun to watch

6 years ago No one would've been soo good like you for hosting this show Rithvik Dhanjani...

6 years ago You're the perfect host for this show Rithvik Dhanjani! Funny, affable ... the list of qualities is endless! Keep rocking!

6 years ago You're doing an awesome job in V Distraction Rithvik Dhanjani!

6 years ago Rithvik Dhanjani keep rocking. You are our rockstar..

6 years ago Rithvik Dhanjani, you are absolutely right coz in our Indian television lot of shows are stretched just like rubber