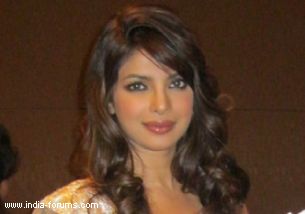 While Priyanka Chopra is miffed that a film is being made on her life, Aseem Merchant, who is planning to direct the movie, says it is not an effort to malign the actress.

Priyanka was upset when the news of a film on the subject emerged. But defending his creative freedom, Aseem said: "The film is about Prakash Jaju, not Priyanka Chopra."

"It is about his experiences in Bollywood and will cover the entire entertainment industry. I respect and admire Priyanka. In no way am I trying to malign or hurt her. As a producer I am only trying to make a realistic film," he added.

Jaju had claimed that Priyanka owed him a large amount of money. The actress' late father Col. Ashok Chopra then filed a police complaint against the manager, citing false accusations and threatening of the family members.

Jaju was later arrested in 2008 and spent over two months behind bars.