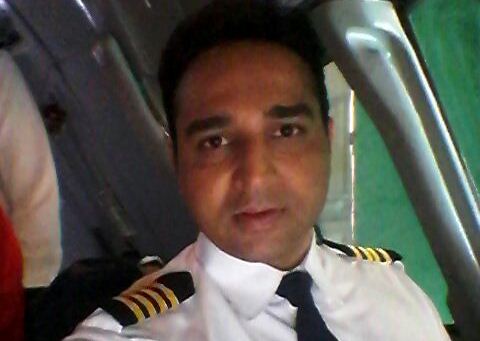 Actor Romanch Mehta who has acted in many TV shows, is currently seen in Life OK's popular show Devon Ke Dev. Mahadev. Recently he shot for a cameo in Star Plus' Diya Aur Baati Hum and the actor is glad to be a part of Shashi Sumeet's production house. In conversation with us he shares his experience of working with Shashi Sumeet and much more...

Says Romanch, "It's been a brilliant experience shooting with such a renowned production house. The entire team was very co-operative and I am having good time shooting for this show."

He further adds, "I usually don't do cameo roles and always have been a part of episodic and  some of the prominent roles. But Diya Aur Baati Hum is one of the popular shows and I have never worked with Sashi Sumeet Sir so I didn't want to miss this big opportunity to work with such a great production team."

Talking about his character he says, "I am playing a role of Pilot whose name is Ravi Sharma and my character will run for a month. I am enjoying my part in the show."

The actor has been associated with an event named Miss Goa for more than 10 years. Speaking about the same Romanch says,  "This is the eleventh year of the Miss Goa event and I am proud to be associated with the even from past 10 years. My part is to execute, direct and choreograph the event. A training session takes place for three days and the fourth day is the final day for announcing Miss Goa."

Scarlett Rose who is seen in MTV India's popular show Kaisi Yeh Yaariyan was the first runner up the same Miss Goa event held in 2011.

9 years ago hope you will do magic here also hrithik.