Featured Video
Monty Sharma has become a famous name in Hindi Film Music from his days as composer for Sanjay Leela Bansali's ‘Devdas’ and ‘Saawariya’. After a successful debut as a music director the second attempt proves to be a challenging one because a lot is expected. As a music director Monty has done a wonderful job as he has created a unique blend of Indian percussion with electronic musical instruments, which is a rare combination these days. Sameer with his lyrical skills has supported Monty once again tremendously.

Aaja Milke is a beautiful song sung by duet Shreya Ghoshal and Shail Hada. The arrangement of the song is very simple and pleasant something like never heard before. With its slightly acoustic feel, the song feels classy and Sameer's lyrics though a bit stereotypical, gel well with the compositions.

If you want something with consistency then Bin Dasseya is a must as it is a song with one of a kind of compositions, voc

als and lyrics. However this song owes it beauty to the electronica flavor- heavy synths, electric tabla, and groovy bass lines. Richa sharma renders a good job with Punjabi sad vocals and has done complete justice to the song. Lyrics are appropriate and completely situational.


Making its way next to Bin Dasseya is Kithe Jawan. One comes across pure synth sounds with a classical scoop of sarangi. The snog is a blend of east-meets-west where in on one interlude we have the sarangi while on the other are the melodies of the guitar. Once again the female playback has been given by Richa Sharma who has done a great job.

The next song Dukh Ke Badri has the presence of deeply rooted melody. Kalpana as the female playback singer has done complete justice to the song. HOwever, the song seems to be very simple in comparison to the other compositions in this album. 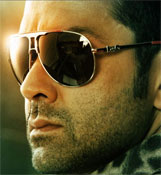 Gola Gola is a fun filled song where one can hear a lot of Indian percussion like dhols, tablas, shehnais, etc. It has some similarities with the song “Dola Re Dola". Abhijeet ‘s chemistry with his co-singers Amritajit Bhattacharjee and Vaishali Samant is really praiseworthy.


The last track of CHAMKU- Trance is a remix with trance effects, which is a peculiar one with limited multi-language, add – ins. Anaida, Salim Shahzaad, Prem Raagi, and Sowmya Raoh handle the vocals well. Quite possibly, at its very best it may hit the dance floors!

Chamku has some great tracks and is a unique album but somewhere it may not make its way to being a hit as it caters to the taste of a niche segment of the audience.

Bolly Curry Rating: 2.5 Chillies Out Of 5, Good Album But Caters To A Niche Audience 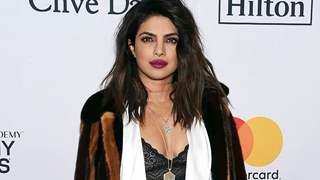