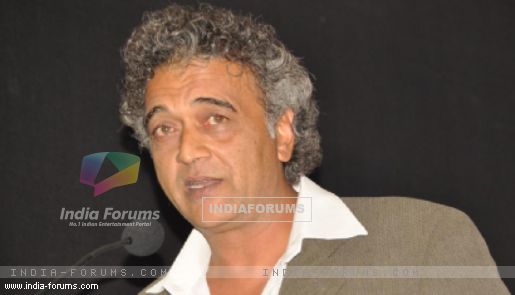 Lucky Ali, whose simple ballad-style singing and melodious voice are a huge draw for music aficionados -- a proof of which was his latest performance here, says music festivals across the country give an impetus to local talent.

"What I am seeing at music festivals is that they are encouraging local talent and art. For instance, Rajasthani folk music is a part of The Great Indian Octoberfest. There is a lot of interest from other countries also, and they are seen sharing the stage with local talents and (they seem to be) enjoying that part," the 56-year-old told IANS.

He says this "big exchange of culture in India" is good.

Best known for his chartbusters "O sanam", "Anjaani raahon mein" and "Na tum jaano na hum", the musician made Bangalore's crowd sway to the soulful energy of his music when he performed live for his fans at E-Zone club here.

Talking about performing in the city, he said: "Bangalore is like my home and I always receive such a warm and thunderous appreciation from all of them."

"It feels great," said Lucky, who launched his first album "Sunoh" in 1996, and has worked as a playback singer in films and sung songs like "Kyun chalti hai pawan", "Ahista ahista", "Bekarar" and "Hairat hai".

He has also been credited for albums like "Sifar", "Aks", "Kabhi Aisa Lagta Hai" and "Xsuie".

From music festivals, Bollywood tracks to albums -- there is so much that he has done and wants to do. But he has set his priorities right.

"I always space out my work. I write music at home. I like to spend my time like that more now. And now that my children are expressing themselves, so I more concerned about what they are doing. I want to see how responsible they become as human beings," said Lucky, who has married thrice and has children with all his partners.

TGIOF, a three-day event which concluded here Sunday, witnessed some of the world's most celebrated music artists across diverse genres, including Bollywood sensation Benny Dayal and awe-inspiring The Manganiyar Seduction performing live in front of music lovers.