Bangalore, Jan 17 (IANS) The Kannada film industry and Karnataka's music fraternity were in deep shock Saturday over the death of 39-year-old renowned musician and actor Raju Ananthaswamy at a hospital here.

Ananthaswamy was suffering from a kidney problem for many months and was under treatment.

He is survived by his mother Shantha and two sisters who live in the US. He was divorced many years ago.

'Raju Ananthaswamy has been the most talented singer in recent times. His death is a real loss to the Kannada music world. He has died at a young age, but has left behind a pool of great music compositions. His genius was not fully exploited,' said C. Aswath, veteran music director.

Well known playback singer Pallavi described Ananthaswamy as her guru (teacher) and said it would be difficult to pick the best out of his music compositions.

Raju Ananthaswamy started his musical career while he was a teenager. He started playing the tabla in his father's musical programmes. He wanted to bring out a new album of his father's best compositions.

Ananthaswamy became quite popular because of his personality and sense of humour.

He had also acted in many Kannada films and had been a good playback singer.

His 'Yaava Mohana Murali Kareyithu' song in the hugely successful 'America America' was a chartbuster.

He had acted as a comedian in many films including 'Abhi and Appu' starring Puneet Raj Kumar.

He pioneered a new path in music composition and was quite different from other musical legends including his father. 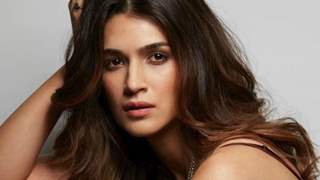