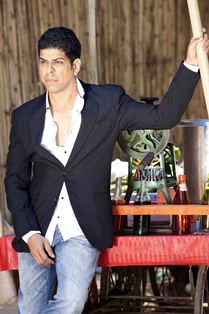 Versatile actor Murli Sharma is on his annual ritual, no not of a religious kind. Even though he has established himself as an actor to reckon with in films, he turns to TV every year from where he began his career.
Last year, he acted in serial Hum Ne Li Hai... Shapath as a tourist guide Rangeela Ratan Sisodia who turns out to be a terrorist head. Previous year, he played a character of a Hyderbadi don Malleshwar Ramlingaya in Laagi Tujhse Lagan.

This year, he returns to TV playing a gangster in an episodic show,' 'Encounter' which recently flagged off on Sony TV. "

When quizzed Murli about it, he said " I had a great time doing it. TV is consuming and exhausting but I enjoyed every minute and I am sure audiences will love the show too.''
Well! with the baddie back on the small screen, we are sure the other villains are going to have a tough time.

6 years ago wowaaa what a co-incidence !! same that of ltl