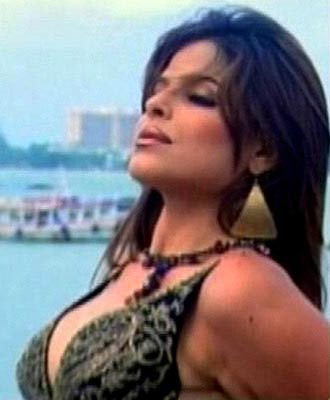 The mystery of the missing Bollywood startlet Laila Khan and her family was resolved Wednesday with police announcing the discovery of six skeletons and arresting her stepfather for the murders.

Although Parvez Tak had confessed to killing the actor and her five family members in a fit of rage, Mumbai police said the murders could have been pre-planned.

Making a breakthrough in the case that had baffled everyone for months, the Crime Branch recovered the skeletons from Laila Khan's farmhouse in Igatpuri near Nashik, around 130 km from here.

Preliminary forensic reports reveal that five of the skeletons were of women and one of a man.

Pieces of jewellery, synthetic clothing and underclothing were found on the skeletons.

According to police, Parvez Tak, the third husband of Laila Khan's mother Selina, said he first killed her (Selina) in a fit of rage.

Laila and her siblings witnessed Selina's murder and so he killed them too, said police.

"Parvez Tak confessed to having murdered Laila Khan along with her entire family. He also took help from Shakir Wani Hussain, a Kashmiri watchman he had hired two months before the incident. On Tuesday, he agreed to point out the spot where he disposed off the bodies," Joint Commissioner of Police (Crime) Himanshu Roy told reporters here.

"Parvez Tak said he had a heated argument with Selina and killed her. Laila and her siblings were on the first floor and came down after hearing loud voices. He then killed them with the help of Shakir," Roy said.

Roy said police were not ruling out the possibility of the murders having being premeditated.

"Parvez Tak was insecure about the fact that Selina was still in touch with her second husband Asif Shaikh and that she relied on him and trusted him," Roy said.

"Moreover, Laila was married to a man who reportedly said the family would have a better life if they settled in Dubai. Selina trusted Shaikh to dispose of the family's properties in Mumbai," he said.

Parvez Tak did not possess a passport and felt he would be left stranded in India if the family moved to Dubai.

Also, two months before the incident in February 2011, Parvez Tak had sacked the watchman of the farmhouse and hired Shakir Wani Hussain, a resident of Kishtwar in Jammu and Kashmir.

Parvez Tak, also from Kishtwar, was a small-time road contractor. He is also a suspected member of the militant outfit Lashkar-e-Taiba.

Police said that after the murders, Parvez Tak and Hussain first went to Laila Khan's flat in Andheri in Mumbai in a sports utility vehicle, packed items of day-to-day use and went back to Igatpuri.

"In Igatpuri, they also took with them Laila's sports utility vehicle Mitsubishi Outlander. Police in Jammu recovered the abandoned Scorpio last year. The Outlander was recovered earlier this year from outside Tak's office in Kishtwar," Roy said.

Police also recovered two knives and a rod from the crime scene. One knife was found in the pit where the bodies were buried and the other knife and the rod were found inside the house.

"Both Parvez Tak and Hussain will be charged with murder (Section 302 of the Indian Penal Code) and causing disappearance of evidence of offence (Section 201)," Roy said.

Five units of the Crime Branch along with forensic experts and toxicology doctors from J.J. Hospital in Mumbai were part of the search operation that started Tuesday after Tak agreed to point out the crime scene.

Roy said the farmhouse was set on fire with diesel taken from generators.

"This must have been done to destroy fingerprints, blood stains and other evidences of murder," he said.

Roy also said that although forensic examination reports would shed light on the identity of the six skeletons, Parvez Tak's confession matched the description of the crime scene and the events that took place when the family was murdered.

Laila Khan, whose real name was Reshma Patel, was last seen in the 2008 film "Wafaa" with veteran actor Rajesh Khanna.

exclusive
Exclusive Sara Khan to release her next song 'Bham Bhole'; says it's a ...
9 minutes ago