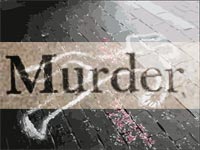 Saas-bahu sagas on Star Plus has almost come to an end. Now the channel is pitching on some interesting concepts and in the same line follows a new show of BAG Films called Murder.
“The name is tentatively titled Murder though there is still time as the project is in its initial stage,” says our khabroo.
Talking on the story line the source adds, “It’s going to be a mystery show with lots of suspense. The story is based on two Gujarati families. The twist follows when one member is killed by one member of a family. Both the families come under suspicion and this is where the suspense starts.”
The time and launch date is yet to be finalized. “The audition for the star cast has already started,” concludes the source.
For now, all we can say is that the mystery continues… 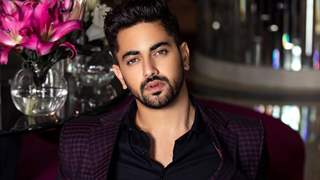 Alpha7 13 years ago Thats excellent it''s nice that STAR PLUS is trying different themes then the usual Saas-Bahu dramas.

13 years ago @Rajeev ki Heer. totally agree. I am glad they are ending the K serials since all of them have the same story and same actors. And like u said, even actors r not there in the scenes. When is ram kapoor ever seen in Kasam se. He just gives front shots and the body doubles do the rest. Karam APna apna has the same problem.

Another starplus show that suffers from body double is Kumkum. I mean I hardly see the two leads (sumit & kumkum) in the scenes. 90% of the times it''s body double. This is totally disrespectful to the audience.

+ 6
13 years ago @kim02- dear i know which show u r talking abt...doent matter its story is picked up or not, but it has a story thats is sweet and Simple, we can easily relate it to reality and its 1000 times better than stupid saas bahus.....where herione leaves home for years without any reason LOL, hero/heroines die daily, then come back, plastic surgeries and Endless more things.....shows run for years without any story...opsss even without actors:P...bcz actors come to speak their dialogues only , rest of the acting is done by Body Doubles


many ppl r hating star plus for ending some K serials ( best thing ever done by star) where were those ppl when Ek Chabi went off air.......One of the best show.....

+ 2
13 years ago @Himanivineet, like you watch a good show with orginal story line?!! LOL , you favourite show has copied story from three different shows !! lead actressess are known as desi dumb blondes LOL

13 years ago bound to be good. It''s from the makers of Kumkum!!

13 years ago thank you
and yh is this new show going to replace anything?

+ 3
13 years ago i dont get it ppl why u hate starplus lolz tehre is few shows r boring they goan end...u dont know what shows mean u al watched stupid and dont have stories

13 years ago something new. looks ok. just going to wait to find out! but trros why do you wnt everything to flop on star plus! thats rude! some of the serials are really good! thts being mean!