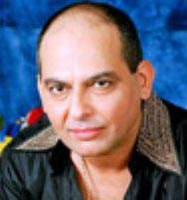 Sony and Balaji Telefilms' Bayttaab Dil Kee Tamanna Hain might be under the scanner, but this does not stop the creative team from trying hard to better their ratings!!

With Kunal Mehra (Aman Verma) and Shamoli's (Sumana Das) relationship blossoming gradually, the story is on a new high. And to provide a big support to their relationship enters Kunal Mehra's Tauji. Muni Jha who was last seen with Balaji Telefilms in 9X' Kahe Naa Kahe will be playing the role of the Tauji.

According to our source, "Tauji is a man of principles, and has been a great support in the life of Kunal. When he enters the house, he is shocked to see that Kunal has married a girl from a downtrodden family. He is initially against Shamoli because of her background. But slowly he develops a liking for her, and becomes her support system".

The story is soon headed for yet another high point which will be a hurdle to the love story of Kunal and Shamoli. "Soon Shamoli will develop feelings for Kunal, and will make up her mind to start life afresh with her husband. But destiny has something else in store, as Kunal will get to know about Shamoli's love life with Veer. The fact that Shamoli loved Veer forces Kunal to take a decision of filing for divorce. And this is the juncture where Tauji's role will be crucial, as he will always aid in keeping the couple closer", informs our source.

We called up Muni Jha, who confirmed the news and said, "Yes, I play Tauji of Kunal. I am a man of principles, but am soft from within. Initially, he is very negative towards Shamoli, but soon accepts her as the Bahu of the house".

Muni Jha was also seen in Balaji's Kyunki Saas Bhi Kabhi Bahu Thi. The actor has started shoot, and his entry will be aired sometime next week…

12 years ago Where was he hiding for so long? Welcome back . Good to see him again on the screen.

veena140882 12 years ago I really want to see shamoli and Veeru together.not kunal and shamoli ...I do not like that karan kundra is just playing a second fiddle

12 years ago another Kasamh se..he is doing same maasi did in KS..boring..Ekta maayi's..what else to except!!!!!!

+ 7
12 years ago That's interesting.. looking forward to his entry!