View Profile
After Tamil films such as "Thuppakki" and " 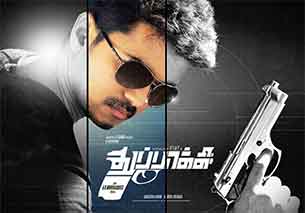 ", which were completely shot in Mumbai, upcoming romantic-drama "Mumbaiyil Oru Kadhal" will also be mostly shot in the same city. The makers say Mumbai plays an important character in the film.

"It is unlike the usual love stories yet unique in its idea and its narrative style. Most of the film happens in Mumbai, which should be treated as an important character in the film. Some portions will also be shot in London and Chennai," reads a statement from the production house Talking Crows Films.

To be directed by Gautham Venkateshwaran, the film features Thaman Kumar and Jency Meenu in lead roles.

Arjun Bijlani talks about his first reaction on being ...
27 minutes ago