The year 2013 saw some great movies, some not-so-great movies, and some movies that completely failed to reach the heart of the audience. In attempt to forgo the latter, BollyCurry takes a quick look at what 2014 has to offer in terms of genres, actors, locations and storyline. 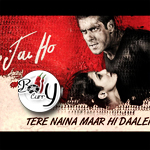 The remake of the Telugu film Stalin is Jai Ho, featuring Salman Khan and Tabu in lead roles. This movie is said to contain a social message with brother Sohail Khan wearing the director's cap and the inclusion of Salman Khan's usual heavy action and chulbulapan. Dabanng Khan has seen a whole year go by without a release so here's hoping this movie, releasing on January 24th, 2014, can make up the melancholy miss.
Gunday 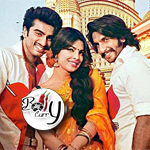 Ranveer Singh and Arjun Kapoor in lead roles, Priyanka Chopra and Irrfan Khan in supporting roles and Sushant Singh as a cameo. If one hasn't heard of this latest news then they're in it for a surprise with the movie Gunday  While the main leads are well known for their friendship after their recent camaraderie in Koffee with Karan, the two will also be seen together for the first time as petty thieves who fall in deep with mafia business. Gunday is schedule to release on Valentine's day - February 14th, 2014.
Main Tera Hero 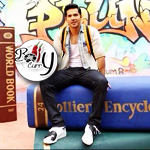 Varun Dhawan was seen going back to school in his latest photoshoot for the movie, Main Tera Hero. Joining him in the romantic comedy are the beautiful Ileana D'Cruz and the sultry Nargis Farkhri. The film also marks the coming together for the first time of the father-son duo with David Dhawan wielding the director's megaphone. Produced by Ekta Kapoor under the Balaji Motion Pictures banner, Mein Tera Hero is set to release on April 4th, 2014
2 States 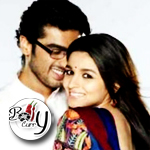 A typical love story; boy meets girl, the two fall in love and then comes the family who act as barriers. While cinema has seen movies in abundance of similar sorts, the Indian cinema is ready for Arjun Kapoor and Alia Bhatt to come together for the first time. Based on a book of the same name by Chetan Bhaghat, 2 States also stars Ronit Roy and Amrita Singh as Arjun Kapoor's parents. The movie is to release on April 18th, 2014.
P.K. 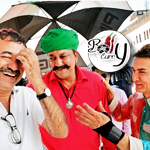 The movie P.K. has already claimed many charts by being speculated as the best movie of 2014. The film is a stated to be a political satire by the very well-known Munna Bhai M.B.B.S, Lage Raho Munna Bhai and 3 Idiots director, Rajkumar Hirani. The cast is also one of the most distinctive features of the project which includes big names such as Sanjay Dutt, Aamir Khan, Anushka Sharma, Boman Irani and the 2013 debutante, Sushant Singh Rajput. Releasing on June 6th, 2014, the movie has been shot is locations such as Rajasthan and Belgium.
It's Entertainment 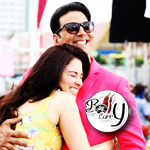 Akshay Kumar and Tamannaah Bhatia have been chosen for the lead roles in the comedy, It's Entertainment. It comes as no surprise that Kumar has filled the comedic shoes but also to be seen in this movie is the King of Comedy, Johnny Lever, who has been MIA from the silver screen for quite some time now, along with the dancing legend, Mithun Chakrobarty. This movie, which has been shot in Bangkok, is also a debut directorial for the writing duo Farhad-Sajid and is slated to release August 8th, 2014.
Bang Bang 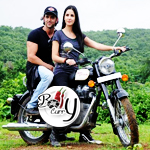 After the super success of Zindagi Na Milegi Dobara, duo Hrithik Roshan and Katrina Kaif are to be seen together in Siddharth Raj Anand directed Bang Bang. This movie is said to be an official remake of Tom Cruise and Cameron Diaz starer Knight and Day. This is the same movie for which while shooting, Roshan developed a blood clot in his brain which had to be treated later in Mumbai - no doubt, the shooting was delayed. Also to be seen in the movie is Bipasha Basu, who has been long forgotten from the Indian cinema. Shot in exotic locations such as Thailand, the film releases on October 2nd, 2014.
Phantom 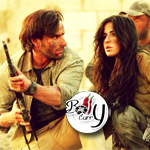 The movie which brings Katrina Kaif and Saif Ali Khan together again since Race, is a post 26/11 counter-terrorism drama produced under the banner of Nadiadwala Grandson Entertainment and directed by Kabir Khan. The movie, which depicts the leads as secret agents, a recent favorite for Khan, has been shot in different locations such as Kashmir, Lebanon and Turkey. Being Kaif's second release of the day, Phantom also releases on October 2nd, 2014.
Happy New Year 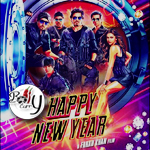 After the tremendous achievement of the Shah Rukh Khan and Deepika Padukone starrer Chennai Express, the duo is back for a third time for the masala entertainer, Happy New Year. This is SRK's eleventh mega Diwali release and if the film receives another positive response from the audience, it will be Deepika's seventh hit film in a row. Directed by good friend Farah Khan, who debuted Padukone, the film also stars Abhishek Bachchan, Sonu Sood, Boman Irani, Jackie Shroff, Anupam Kher and Malaika Arora Khan. It is also rumored that Salman Khan and Hrithik Roshan have been approached to feature in a song sequence. Happy New Year is set to release on October 23rd, 2014.
Bombay Velvet 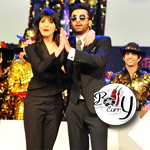 Anurag Kashyap, fondly known for realistic cinema, has now decided to enter the commercial arena with the movie Bombay Velvet. Starring heartthrob Ranbir Kapoor and the bubbly Anushka Sharma together for the first time, if luck has it, this may just prove to be a turning point in Kashyap's career. The movie is set in the times of 1950s to 1970s and has achieved the impossible of casting successful director Karan Johar in an antagonist role. The film has been slotted to release on Christmas day - 25th December, 2014.

Other high-profiled movies that are set to release in 2014 include: Dedh Ishqiya, Hasee Toh Phasee, Gulaab Gang, Highway, Kick, Action Jackson, Holiday, Jagga Jasoos, Singham 2, Shaadi Ke Side Effects, Kill Dil amongst many more.
While BollyCurry leaves you with the above tidbits, we hope we were able to give an insight on which movies are going to be houseful. Meanwhile, why not let us know which film you are looking forward to?