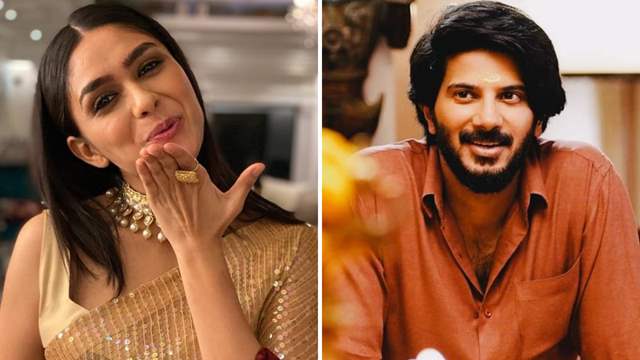 After a good run in television shows, Mrunal Thakur paved her way into the world of Bollywood and has already carved a niche for herself with films like Super 30, Batla House.

As per latest reports, Mrunal will now make an entry down South as she is reported to make her South debut opposite handsome hunk Dulquer Salmaan.

A Pinkvilla report suggests that Mrunal will be romancing Dulquer in director Hanu Raghavapudi’s upcoming untitled romantic period drama. This will not only mark her debut in the South industry but will also be the first time that she will co star Dulquer on screen.

A formal announcement is yet to be made on the same.

Earlier, Swapna Cinemas and Vyjayanthi Movies had announced the project on Dulquer Salmaan’s birthday. Sharing a poster, the makers had informed that the actor will play the role of a Lieutenant in the film which has the backdrop of a war.

Besides this project, Mrunal Thakur will be seen as the leading lady opposite Shahid Kapoor in Jersey, the Hindi remake of Nani's Telugu blockbuster.

Shahid Kapoor’s Jersey Shoot Deferred in Chandigarh due to Farmers ...