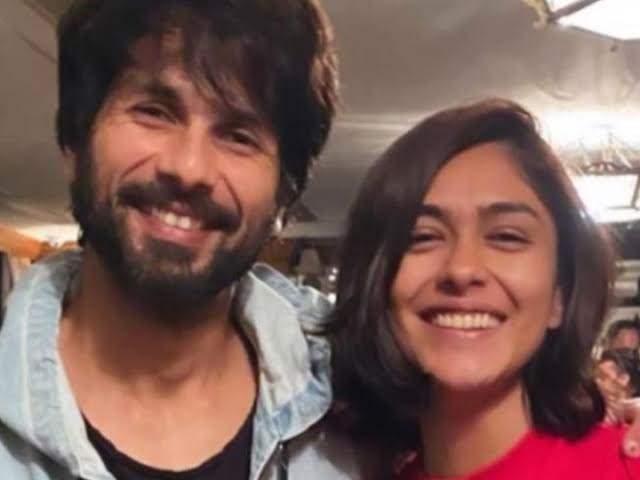 After impressing the audience with her performances in films like Super 30 and Batla House, Mrunal Thakur is all set to deliver yet another hit release.

Mrunal will be seen alongside Shahid Kapoor in Jersey. The film is a remake of 2019 Telugu-language film under the same title.

Mrunal opens up about her co star Shahid and speaks highly of him. "I won't stop praising Shahid because he is so fabulous as a performer. Every time he creates magic on screen and I just kind of wonder 'how do you do it?' I make sure to sit in front of the monitor when it's his shot so that I don't miss out on that X factor that he has” she said in a recent chat with DNA.

Speaking about working with Shahid, Mrunal called it a dream and recalled how her sister and she would cut pictures of the actor.

"I think Shahid Kapoor for me is like a learning. I have learnt so many things from him on the sets. I really appreciate the universe for making it happen. It was like a dream for my sister and me, we used to cut his pictures and used to get scolding from my parents. Now, it has finally happened and it's really nice to share all these moments with Shahid. He would say 'What are you saying?!' It was really sweet” she said.

The duo has wrapped up one schedule of Jersey and will soon be moving to the next.