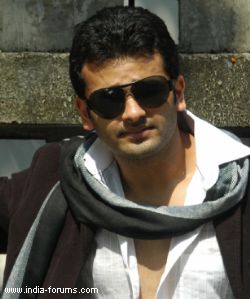 Mridul Singhvi who came into the limelight by playing Vardaan in Balaji Telefilms' Kasautii Zindagii Kay has started his own production house named Shooting Star.

Mridul who was last seen on 9X's Kya Dil Mein Hai expressed, "Yes I have started my own production house called Shooting Star, one film is in the pipeline. I cant reveal much now, all I can say is that it will be a different movie. The movie will be directed by Manish Gupta a well known writer of Bollywood who has written movies like Sarkar."

So when do we see him producing a TV show, "As of now I am not producing any TV show. First I have planned to release at least three Bollywood movies and as I am busy with my production house I will not be able to take up any show," says the actor turned producer.

'GOT' Couple Kit Harington & Rose Leslie Pregnant With First ...
an hour ago

Sanjay Choudhary Attacked By Goons; To File a Police ...
2 hours ago

NCB Clarifies They Are Not Investigating Karan Johar's 2019 ...
5 hours ago

Vishal Bhardwaj on How People are Trying To Malign Bollywood ...
7 hours ago

Sunny Deol To Make a Netflix Project With Son Karan Deol?
7 hours ago

Never thought I would be dancing, I was preparing to be an ...
12 hours ago