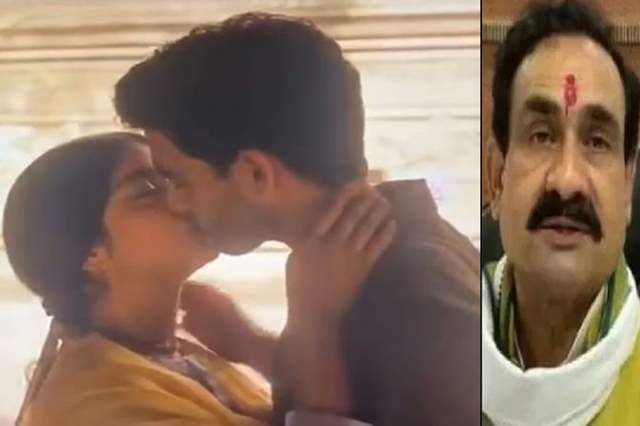 Netflix's A Suitable Boy might have released a rather long time ago but it has found itself iin some major legal trouble now. Madhya Pradesh Home Minister Dr Narottam Mishra said Monday that after examination, the charge against Netflix series ‘A Suitable Boy’, for allegedly hurting religious sentiments, has been found prima facie to be true and an FIR has been registered against the streaming service.

BJP youth leader Gaurav Tiwari had filed a complaint against the makers of ‘A Suitable Boy’ for shooting kissing scenes between a Hindu girl and a Muslim boy against the backdrop of a Hindu temple.

Mishra had then asked police officials to examine the action that could be taken against Netflix.

After examination, Mishra said, “An FIR has been registered under Section 295 A of the IPC against Monika Shergill and Ambika Khurana.” Shergill is the Vice President of Netflix India while Khurana is the Director of Public Policy at the streaming site-

In his complaint, Tiwari had highlighted several kissing scenes in the series, including one with a shiva linga in the backdrop.

He noted that the location’s name was changed but it was shot in the Maheshwar Temple on the banks of the Narmada river. Tiwari also linked the the kissing scenes, between a Hindu girl and a Muslim boy, to the alleged phenomenon ‘love jihad’. He said these scenes will encourage other people and vitiate an already disturbed atmosphere in the country.

“Our government is bringing a strict law against love jihad,” Tiwari said in his complaint, referring to the state government’s decision to table a bill against ‘love jihad’ in the next assembly session.

Mamta-Maaneet 1 months ago @Dev Why only in MP, There are other cases, nun raped by Bishop in Kerala, minor girls raoed by maulvi in Bihar, Kanpur, Gaziapur! Talk about them also. Hindus were tolerent from decades. This is not the first time they are insulting Hindu Gods, Rituals cultures etc. In movies & web series. If these producers & directors have the guts then ask them to produce such kind of film web series & movies on other religion as well. Then we also take it as just a movie.

*Dev.* 1 months ago Oh god, MP and India is becoming worst day by day. So much hullabaloo for religion. I know it's a sensitive topic but it was just a film! Although I agree that if it was a hindu guy kissing muslim girl in Dargah, then to riots would have happened. But we all need to be tolerant towards such things. Film.makers need to be cautious as well.

Mamta-Maaneet 1 months ago @pyar-ishq If you don't know anything about India then don't speak. Google search about which country has the highest number of rape cases? Then comment. At least they filed a complaint. If it was Hindu boy kissing muslim girl in dargah then tere would have been riots/behadings.. so stop preaching others when you don't take crticism against your religion.

pyar-ishk 1 months ago They have time to register FIR on show for a kiss at the temple, but have no energy to protect young women against gang rape. Which has a norm in India like breathing,