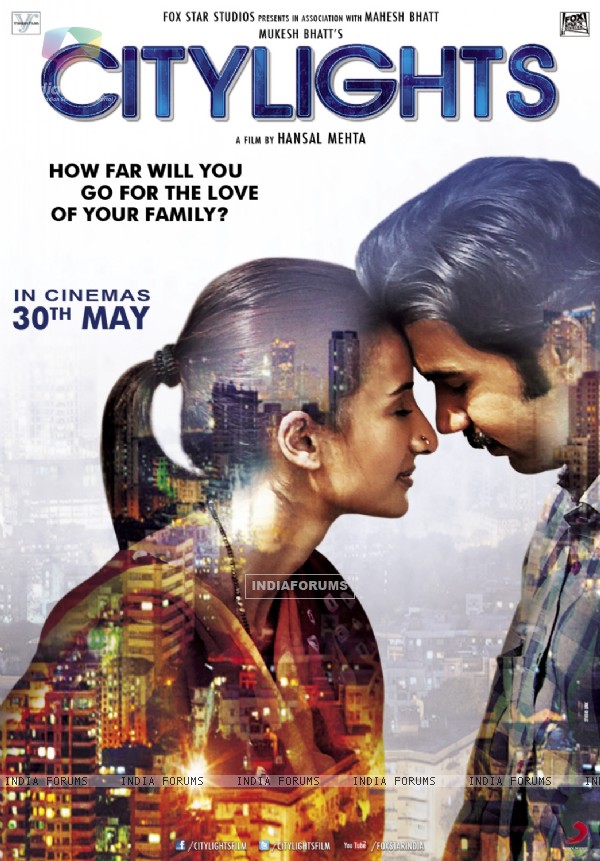 'Mumbai'- a city of dreams that never sleeps. But its often said that you should not dream with open eyes. But can someone afford to sleep peacefully without a roof over his head. Hansal Mehta's Citylights is one such heart touching story of a person's desperation to meet his basic needs. The agony, the pain and the sheer helplessness can either make or break a person completely.

Citylights is a story of a debt-ridden young man, Deepak along with his small family leaves the quiet of his rural existence seeking a better future through the city of dreams, Mumbai. The dream of an improved life and aspirations for an income that will alter the quality of his life soon come crashing down as he finds city of lights casting a dark shadow on his survival. His wife Rakhee is the first to find a job that is a severe blow to her dignity but is ultimately the only means of earning their meager daily bread. Driven by desperation and ultimately determination to overcome the odds Deepak is able to find a job with perils that are far beyond the obvious. His immediate employer, Vishnu is a man who has been hardened by his experiences and who unknown to Deepak has a devious plan for a better tomorrow - a plan that could include Deepak and endanger him. At heart Citylights is a love story, a story about familial bonding, a thriller that explores the depths of human nature and a drama about sacrifice in the city of dreams. Citylights is about our world, our times and the ultimate emotion that drives every relationship - love. 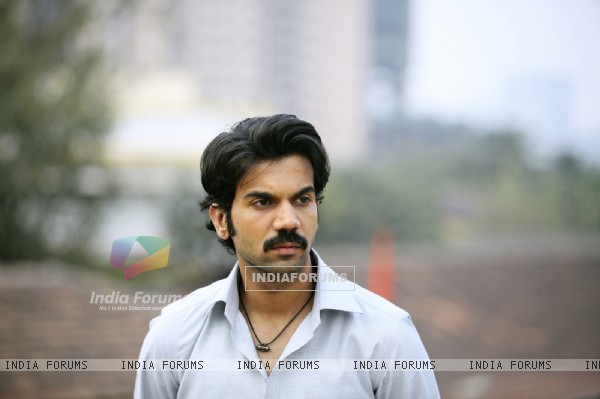 Rajkummar Rao, who plays a debt ridden person, Deepak, is an impeccable actor. He completely justifies the National Award that he received recently. His performance is very engaging and overwhelming for the audiences, so much so that it gives you goose bumps. His portrayal of a simple village guy, whose life revolves around his wife and child, is done in a manner that one feels the emotional turmoil that he is going through. Patralekha who plays Deepak's wife, Rakhee in the film, has also done a fantastic job for a debut. To get a film like Citylights as her debut surely has given her career a great start up. She too has portrayed her role very well and seems to be in the skin of the character completely. Taking up a job that is socially and morally unacceptable, but taking it up as it's the only source of bread for her family, is presented flawlessly by her. She doesn't lack screen presence in spite of her sharing screen space with the immensely talented Rajkummar Rao. 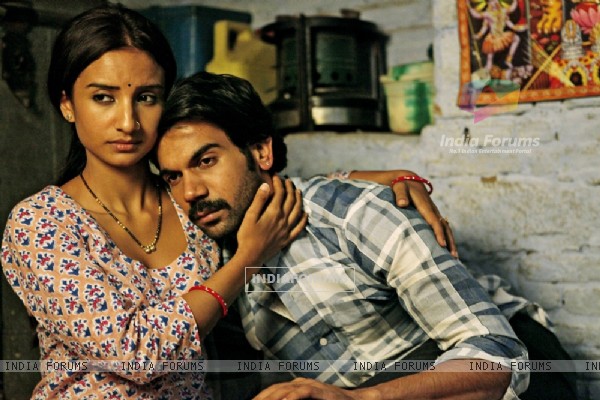 The music of Citylights by Jeet Ganguly is very intriguing and it takes you into a world of itself and is very engaging. Musskurane sung by Arijit Singh, is a beautiful song and sung brilliantly well. Darbadar sung by Neeti Mohan is another amazing track. Background score is very gripping. The only flaw the movie has is that it is stretched out in the second half, as opposed to the brilliant first half. The editing could have been crisper. The climax of the film is predictable and hence can be a little disappointing. Though the film is a remake of BAFTA nominated British film, Metro Manila, it doesn't seem half baked and is a great story and a piece of ace film making. Hansal Mehta's Citylights may not be a mass entertainer, but is a very thought proving tale, and definitely a must watch.
10 Likes