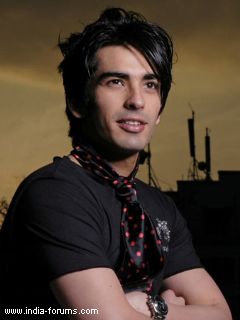 The storyline of Four Lions' popular show Qubool Hai on Zee TV is all set to take a giant leap of 20 years which is resulting in some of the big names bidding adieu to the show.

When contacted Mohit, he confirmed the news saying, "I have been asked whether I am Okay playing a father on-screen or not to which I denied. I am not interested in continuing post the leap as I am more interested in doing what I am doing right now so I have decided to quit the show."
Thanking his fans for all the love and support, he added, "Whatever blessings I have got from them till now, I just wish that they will keep blessing me like that and they will keep wishing good luck for me. Hopefully I will soon come up with a good show. Thanks to everyone and whoever has liked my work."
We wish you all the best for your future endeavors Mohit! Keep watching this space for more updates.
Anwesha Kamal

jiyaado 5 years ago mohit sehgal is the best thing ever happened to qh.haider caracter was brilliant

honest_4m_heart 7 years ago Haider character is a total waste. It's an unnecessary extra fitting with no purpose at all. And I'm sorry but mohit can't act. Good that this crap story and the crap character is ending. And thank god this mohit torture will not be there after the leap. Qubool hai kya tha aur kya ho gya

7 years ago liked your performance in qubool hai Mohit. Wish you come back with another fabulous performance soon.
All the Best RaQesh. Liked the way how you tried to bring up your own flavor in QH although its for a short period and did not get to see your scenes explore much around you.

You rock as Haider!

You're the best handsome!

+ 2
7 years ago Mohit Sehgal you are the BEST...Wish you ALL THE VERY BEST for your future project...i wish u come very very soon...we'll miss you