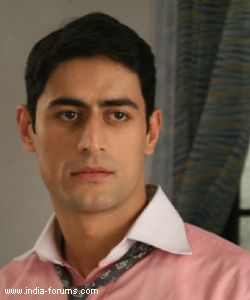 A few days ago we broke the news of Contiloe Telefilms making a mythological show to be based on the life of Shiva's first wife Sati.


The latest buzz that is doing the rounds is that Mohit Raina who was last seen on Sahara One has been roped in to play the role of Shiv opposite Mouni Roy. The show will be aired on Star Plus and the pilot has already been shot with Mouni.


When contacted Mohit, he sternly said, "Yes I have been approached and talks are on but nothing is confirmed yet." We also tried to get a word from Abhimanyu Singh, the Producer of the show, but he remained unavailable.


With Mohit being added to this multifaceted cast, the viewers are surely in for a treat…

saraswati.limbu 9 years ago Mohit Raina you are amazing as shiv... i don't believe I have started watching TV serials again... and its because of DKDM
Keep up the good work Mohit Raina!!! Alll Thumbs Up for u ;)

9 years ago Performing Shivji's role is no joke.

It is very complicated.

I genuinely appreciate your sincere hardwork and amazing talent.
You are the only perfect fit for his role
Om Namah Shivaya

9 years ago good luck to Mohit Raina! I hope he shines in this one too just like GKD!

9 years ago lol, i love it how almost every actor always says " nothing is confirmed yet" when they do end up doing the role!

9 years ago At last will see Mr. MR. Hope he will rock in this show.

+ 3
9 years ago yayy cant wait to see mouni back on fiction :P