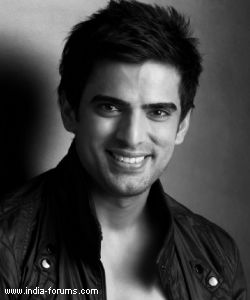 Mohit Malik who was last seen playing a cop in Fireworks Productions' Surya the Super Cop will now play a doctor for the first time in Colors' Phulwa.

Informs our source, "Abhay has suffered a paralytic stroke and cannot move parts of his body. This is when Phulwa is introduced to Arjun Singh, a famous neuro surgeon who is the only doctor who is efficient enough to cure such a case".

On the character, our source tells us, "Arjun Singh is a very real character with shades of grey. He is very rich, egoistic and basically a person with attitude. He is a very capable doctor and is proud of his achievements. Phulwa will get good support from him as he takes up Abhay's case. A love triangle with Abhay, Phulwa and Arjun Singh can be expected as this track move on".

We hear that Mohit has already begun shoot, and his entry will be aired in tomorrow's episode. A huge build up will be created before his face gets revealed to the audience.
When contacted, Mohit confirmed his entry in Colors' Phulwa.

mohiti 8 years ago HEY MOHIT U DOIN A GRT JOB IN PHULWA KEEP IT UP WE LOVE U SOOO MUCH...

abhayphulwalove 8 years ago We all wanna Abhay & Phulwa always together

SERIAL.COM 8 years ago he is a good actor i really like his work in Pari hoon main & Dhulhan... looking forwad to it...

eleniel83 8 years ago why isnt Mohit taken for lead roles? He is such a handsome actor but he never got a lead role :-(

sunshine15 8 years ago Wow!!!! Very happy to hear that Mohit Malik is entering Phulwa...missed you for sometime...loved you as a cop and now doc...I am not regular Phulwa watcher...but now will follow regularly...

aroojm 8 years ago ohh wow i really like Mohit he's a really good actor.. but pleasee noo love triangles.. i love abhay and phulwa.. they are best couples ever.. and i agree it would interesting to see him as shankar's lil bro.. help phulwa and all.. butt no love triangles abhay and phulwa are meant to be together always...

-Gaganjot- 8 years ago I really like Mohit Malik and so glad to see him back and that too in my favorite show. I think everyone brought up a good point that Dr. Arjun may just turn out to be Shankar's brother. It would be interesting how they would go about it. Thakur will be in for a surprise. The lives that he has ruined are now slowly coming back. I would hope to see our favorite daaku clan come back in action. Missing all of them :D

anum95 8 years ago i also think he will be shankar's younger brother. Hope the story gets better and i hope he kills thakur