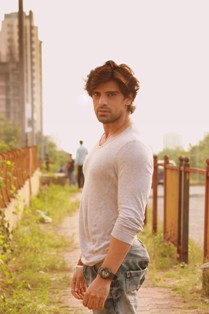 Actor Mohit Malik has been in the news recently for having quit the show Surveen Guggal - Topper of the year. According to the  latest buzz, the actor has signed producer Pearl Grey's show tentatively titled Silsilay on Zee TV.

Mohit had earlier worked with Pearl in Mann Kee Awaaz Pratigya and we hear that the actor shares a tremendously positive relationship with the production house. Our source informs us, "The cast is all set to leave for the outdoor shoot of the show. The story has two male leads out of which Mohit's character is that of a guy who unlike main leads on television isn't purely 'black and white'. He has his flaws and he could be wrong at times and make mistakes. He has matured at a very young age and does not show his emotions much."

When we contacted Mohit he said, "Yes I am doing Pearl's upcoming show. I am extremely excited to be playing this character but I don't want to reveal too much right now."

sunshine15 7 years ago wow! great news on diwali mohit:)
when its going to start. desparately waiting...

Lianaa 7 years ago Happy for you mohit keep rocking.. god bless you

princess.noor 7 years ago Wait who was he in pratigya? I can't remember :/

he is making his own daughter for vagular filmy target!!

hatts off to rahul his son who refused to work with him!

MysticalRealm 9 years ago She is ugly and looks childish!! Also, she looks immature and just too young!! And anyway Mahesh Bhatt's movies are useless! All of them are phsyco!!

Nikhi. 9 years ago She looks very young! But all the best to her. :)

simran1285 9 years ago Even though she is the step-sister of Pooja, she looks so much like her. Pooja must have been quite old when Mahesh Bhatt had Alia.

rose-girl 9 years ago how old is she??? ahhh dont lyk mahesh bhatts movies:(!