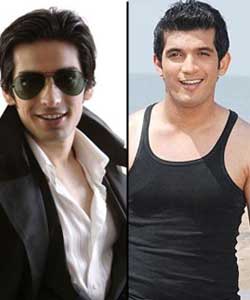 TellyBuzz took away the credits for breaking the news about the upcoming travel based reality show on Star Plus, tentatively titled Jeele  Zindagi. We had also reported that the charming Rati Pandey will make a comeback on small screen with this show.

And here we give you some interesting updates about the show.

The latest we hear is that the heartthrobs, Arjun Bijlani and Mohit Sehgal were also approached for the show.

We contacted Mohit Sehgal to get a confirmation and he said, "Yes, I have been approached for the show, but nothing has been confirmed as of now."

Arjun Bijlani was unavailable for comments.

The show will be produced by Spin A Tale Entertainment and is a travel based show sponsored by Maruti. It will be similar to Roadies in its concept. Every celebrity will be given a non-actor as partner and their task is to drive their respective Maruti cars through four big destination points. In between their journey, they will be given various kind of tasks which they will have to carry out to survive in the contest.

If the viewers are blessed, they will be fortunate to see their favourite stars together again...

+ 2
9 years ago wow! :) really exciting news! :D
hope this really does work out and arjun, mohit, and rati are all back :D

9 years ago Loove you Rati di.
Wish Arjn was praticipating, would have been awesome. oh well looking forward to seeing you :)

+ 4
9 years ago awsome concept...n the best part of this show is the celebrity cast...AB n rati back together...eagerly waiting...

9 years ago I am eagerly waiting to see Mohit, Arjun n Rati.