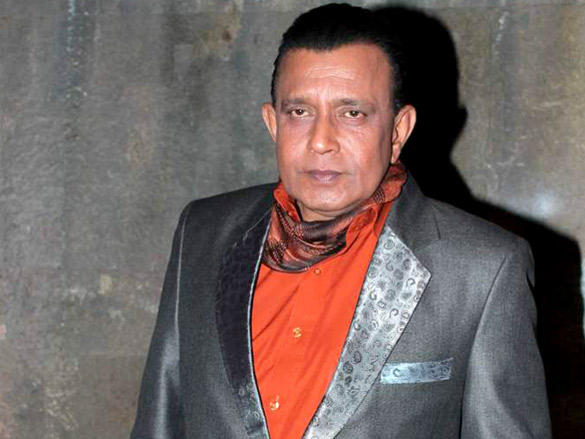 Bollywood's disco king Mithun Chakraborty tried his hand at rapping for the first time for reality show Dance India Dance L'il Masters Season 3 (DID). He says it was a new and enthralling experience for him.

The veteran has sung a special rap number to introduce the Super 16 kids, skippers and the judges for the Zee TV show's grand premier episode, to be aired on Saturday.

Mithun, 63, will be seen in a different avatar as a true blue rapper, showing cool moves on the track. He flaunted a studded black leather jacket with an 'M' embellished hat along with thick gold chains, iced out pendants and bold rings on each finger.

He will be seen making a rocking entry sitting on a golden throne amidst a bevy of dancers in his own inimitable style.

"Singing a rap song was a new experience for me as I have never attempted anything like this before ever. For a rap song, one requires a different attitude altogether to maintain the flow and the feel in sync. So, instead of aping anyone, I tried to do it in my own style," Mithun said in a statement.

A source says Mithun was so excited to sing his first rap track that he suggested a few additions to make it sound cooler. In fact, he rehearsed for three to four days before the actual shoot to perfect it. He even improvised dance steps during the shoot and even added a few self-choreographed steps.

+ 6
10 years ago wishing him Congratulations and all the best

they look good together!

10 years ago Wish you both a very happy married life!

amurocks 10 years ago Amazing as a couple...I got to know about his marriage and him getting hitched first from ZING...the fanpage of Zing on facebook is also superb

+ 5
10 years ago They look soooooooooooooooo good together. Like a perfect couple.

vaish316 10 years ago nice couple.. happy married life and have lots of kids!! they make ur life beautiful!!