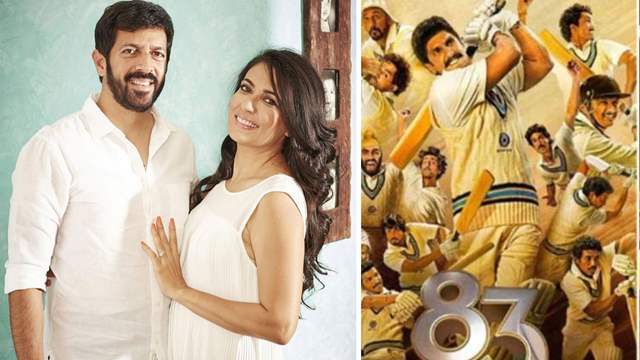 Former VJ and actress Mini Mathur shuts down a troll who asked if her husband and director Kabir Khan has gone bankrupt.

"Heard ur husband has become bankrupt due to investment in 83. Is it true," wrote a Twitter user on Mini’s profile.

Directed by Kabir Khan, ‘83 the film traces India’s historic Cricket World Cup win in 1983 and will see Ranveer Singh in the lead essaying the role of Kapil Dev. The film was scheduled to release last year but has been indefinitely delayed due to the pandemic.

Responding back to the user, Mini Mathur gave a befitting reply and wrote: "Use your extra time to help someone in distress please." She also shut down the user by saying: “No we are okay. Thanks for your concern:)” 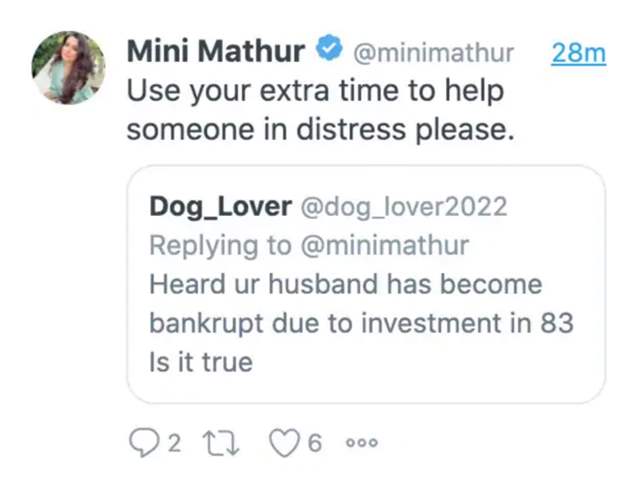 Mini and Kabir have been married for 22 years and last year, the actress had made headlines for speaking about her inter-religion marriage with Kabir Khan. She had raised her voice in context of the Tanishq advertisement controversy last year.