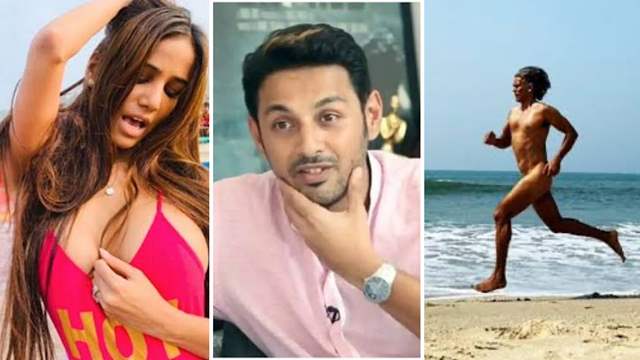 Two celebrities took the Internet by storm after  they decided to strip down at a beach in Goa. While Milind Soman’s nude picture received a lot of love, Poonam Pandey faced an FIR for shooting an obscene video.

Writer-editor Apurva Asrani took to his social media to reacting to the diverse reactions shelled out by netizens. Sharing a collage of Milind and Poonam’s picture, he wrote:

“#PoonamPandey & #MilindSoman both stripped down to their birthday suits in #Goa recently. Pandey partly, Soman completely. Pandey is in legal trouble--for obscenity. Soman is being lauded for his fit body at age 55. I guess we are kinder to our nude men than to our nude women.”

On the occasion of his 55th birthday, Milind Soman had shared a picture of himself, running naked on the beach. The picture was clicked by his wife Ankita, and went viral on the web. Soman was lauded for his fitness as many were impressed with his fit body at 55.

On the other hand, Poonam Pandey faced legal trouble for allegedly shooting an ‘obscene’ video in the state. On Wednesday, an FIR was also registered against an unnamed person at the Canacona Police Station, for shooting the video featuring Poonam.

“Based on the complaint lodged by Assistant Engineer sub-division II works division, Water Resources Department, an offence has been registered under Section 294 of IPC. The police are investigating and further sections may be added as the investigation proceeds,” Pankaj Kumar Singh, Superintendent of Police (SP) South Goa told ANI.