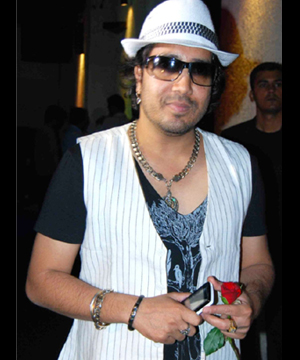 Punjabi singer Mika Singh gifted his expensive watch to veteran actor and Bollywood's disco king Mithun Chakraborty during a recent meeting on the set of a reality show.

Mika appeared on the set of Zee TV's Dance India Dance L'il Masters Season 3, where Mithun is the 'grandmaster'.

A fan of Mithun, Mika grooved to a medley of the actor's popular songs. He was so overwhelmed to meet him and to shake a leg with him that as a token of love, Mika gave his expensive watch to Mithun-da.

Initially, the senior actor was a bit reluctant to accept it but Mika insisted that he has immense respect for him and it was his way of expressing his love for the actor.

"It's been a dream come true to spend time with Dada, dance with him, sing for him the time I spent on the sets of 'DID L'iL Masters' was absolutely delightful. I know Dada doesn't accept gifts easily but it meant a lot to me to give him something that belonged to me," Mika said in a statement.

Mika also had a great time dancing and singing with the show's contestants.

The special episode will be aired on Sunday.