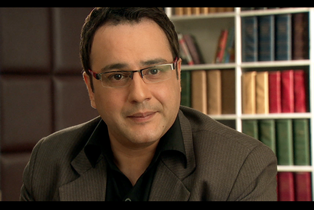 Mihir Mishra is set to make a grand comeback on the small screen in Star Plus' latest offering Ek Hasina Thi'. This time, he will essay the role of Akash, an advisor and ally of the rich and powerful Rajnath Goenka.

The show's unconventional and interesting storyline with its power packed star cast, consisting of Sanjeeda Sheikh, Vatsal Sheth, Ayub Khan and Simone Singh in pivotal roles had already made it the talk of town. Mihir seems to be the latest feather in the hat of this blockbuster show from Cinevistaas.

Like Vatsal, Mihir too began his acting career in television. He first appeared on Sanjivani as Dr. Rahul. Post that there was no looking back for the talented actor who eventually became a part of popular shows like Kumkum - Ek Pyara Sa Bandhan and Nach Baliye 1. His previous ventures with Star Plus have been very successful and this time he is set to recreate the magic with 'Ek Hasina Thi'.

On the show Mihir plays the character of Akash. What the character has in store for the viewers is something to watch out for. Will we see Mihir as the good guy among bad company or see him join the gang with a dark and mean streak for the first time will unfold soon!

+ 2
7 years ago amazing show.
welcome back Mihir lol to Dr.Rahul.
how can we forget u Rahul.. uff THUD

7 years ago It is going so amazing! Akash seems mysterious to me.
Sanjeeda Shaikh is amazing as Durga Takur.

+ 2
7 years ago Yaaay!! So glad to see u back on TV Mihir!!
Loved him as Dr. Rahul!!
The character seems intriguing looking forward to it :)

7 years ago Would be great to see him back!
Sanjeeda Shaikh , Vatsal Sheth doing great in Ek Hasina Thi

7 years ago Mihir Mishra, best of luck for Ek Hasina Thi. Hope in that, you are playing the character of Akash Sen.
I saw you with Ayub Khan on Zee TV's Dil Se Diya Vachan.