The successful composer-lyricist Shantanu Moitra and Swanand Kirkire deliver a fantastic album yet again. After the success of 'Parineeta', they present another bouquet of melodious songs in 'Khoya Khoya Chand'.

Comprising seven numbers with no remixes, this album opens with 'Chale aao saiyan'. Shreya Ghoshal sings it in a slightly husky voice and it has all the elements of a typical mujara.

'Khoya Khoya Chand' shifts the track from 'mujra' to 'qawalli'. Sung by Ajay Jhingran and Swanand Kirkire, it's a great number and sets the right tempo and rhythm. Everything seems to be going great for the song including the music, lyrics and the vocals. It is the highlight of the album.

Next is 'Khushboo sa' that reminds of 'Dil ko hazaar baar' from 'Murder' and 'Kaisi paheli' from 'Parineeta'. Hamsika Iyer's sensuous voice does justice to the song. But knowing the audience well, this track won't be a chartbuster.

After that is the slow and sentimental number 'O re paakhi' where Sonu Nigam gives one of his best renditions.

Keeping 50s style in mind, Moitra composes yet another classical number 'Sakhi Piya', which is sung by Pranab Biswas and Shreya. Although the song is impressive, it would be liked only by a tiny section of the audience.

Next track 'Thirak thirak' is about celebrating life. Once again, Sonu stands out in the song and Shreya is not bad either. A relatively fast-paced number, it is a fun song.

It is followed by a jazz number titled 'Yeh nigahein' and Sonu croons it with Antara Chowdhury. 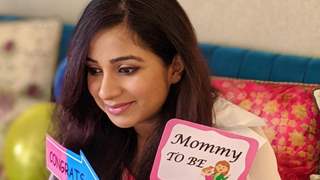