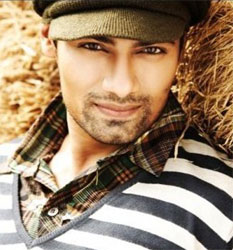 The show which kick-starts on Star Plus on April 4th at the 10 PM slot is the story of two youngsters from very ordinary families who are settling in Mumbai. In addition to depicting the family issues, the show will give a youthful picture of the college life too.

Meer Ali plays Harry, the self-made Casanova who is a typical Love Guru in the college. There is this group of five friends in the college – the leads Anant (Shaheer Sheikh), Navya (Soumya Seth), Ranbeer, Ritz and Harry.

Harry is a person who has the 'I am the Best' attitude and overplays a lot. He is a typical wannabe, but is good at heart. His presence will bring a smile on viewers' faces.

When contacted, Meer Ali confirmed his presence in the show, "Yes, I am part of Navya. I play this very Chandigarh guy who is overly dressed and believes that he is the best. Harry is 300 times more than me in real life, when it comes to the persona he carries".

Lazy-Bonz 7 years ago Meer rocks everywhere and anywhere... because he is very serious abt his wrk...

Harshad_dbest 9 years ago dis pakau show wil nevr b able 2 replace my tl.it can even not think of touchng d popularty of tl n harshiya

-GoldMist- 9 years ago not interested. The jodi will never will be able to compare taani anurag and tere liye.

shivani003 9 years ago Hmmm all the best to him. Iam liking the promos for this show. Hope its different and not some boring love triangle kinda story.

Xlovesu 9 years ago Luking fawd for the show navya!!! Luved the promos!!!

'Billions' Renewed For Season 6
2 hours ago

Adnan Khan reveals how he managed to reconnect with his old ...
11 hours ago