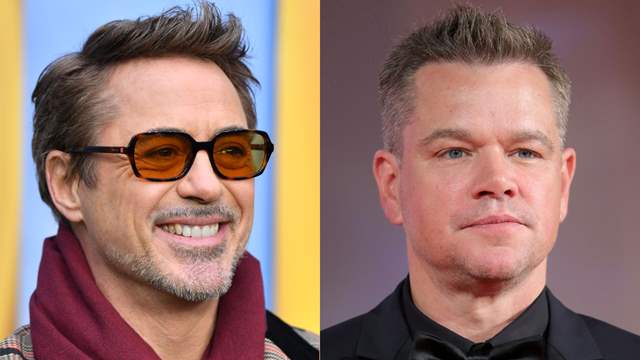 Anything and everything is news when it comes to filmmaker Christopher Nolan, isn't it? After what was probably his weakest film so far in the form of Tenet, everyone is excited again for Nolan's next which is titled Oppenheimer. We already know that Nolan is teaming up with long-time collaborator Cillian Murphy for the film and now the cast has just become all the more star-studded.

Recent reports suggest superstars Robert Downey Jr. and Matt Damon have been roped in to be a part of the ensemble. Deadline previously reported that Emily Blunt is in talks to join the cast as well. Nolan is writing and directing the film that revolves around J. Robert Oppenheimer, the scientist who ran the Manhattan Project that led to the invention of the atomic bomb. The film will bow on July 21, 2023, a slot typically saved for Nolan films in the past. Details behind who Damon and Downey will be playing in the project are being kept under wraps.

Universal will distribute Oppenheimer theatrically worldwide and release the film in North American. Nolan will also be producing along with Emma Thomas and Atlas Entertainment’s Charles Roven. The film is based on the Pulitzer Prize-winning book American Prometheus: The Triumph and Tragedy of J. Robert Oppenheimer by Kai Bird and the late Martin J. Sherwin.

With the kind of names attached to the film, we already cannot wait for it.