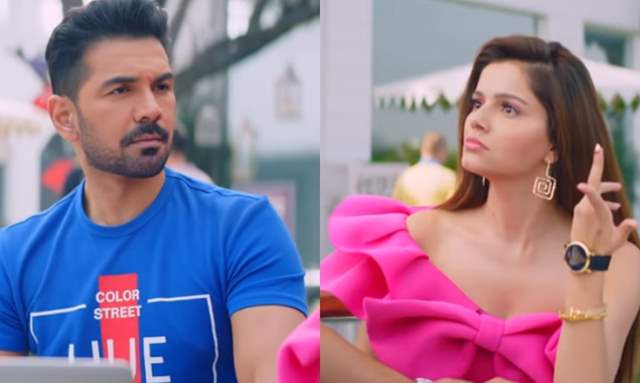 Rubina Dilaik and Abhinav Shukla sure have fans gushing over them since forever and now, post their journey in Bigg Boss 14, fans can't seem to get enough of the duo. When the couple first announced their music video, Marjaneya, fans were rooting for them and have been trending the song and the couple time and again.

Sung by Neha Kakkar, Marjaneya sees Rubina and Abhinav play a relatable couple with a little knok-jhok and some sweet moments. On the face of it, Marjaneya is an adorable song and Neha has pulled it off well. One thing that does seem to be similar to the last few videos is the setting with all the pop of colour, but the visuals speak to you and how! Rubina and Abhinav have managed to bring their relationship on the screens in the most adorable of manners and it looks like they are sure going to leave the fans mighty impressed.

With the trend of music videos at an all time rise, this one is sure a credible addition to it and now, fans have more to look forward to as Rubina will soon be seen in another music video with Paras Chhabra. As for Abhinav, we are awaiting more project announcements as he has mentioned in multiple interviews that the talks are on!