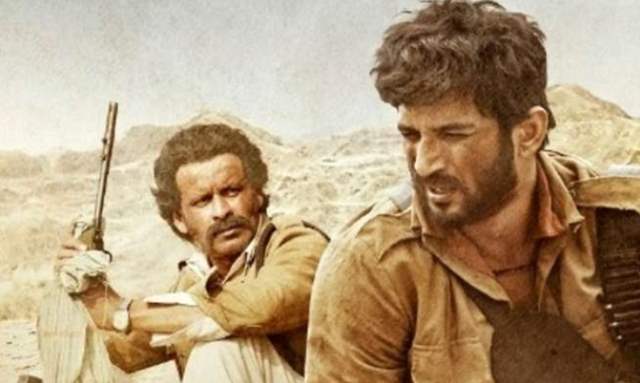 During a recent interview with Bollywood Hungama, Manoj said that Chhichhore winning a National Award was like ‘poetic justice’. But, he would have liked Sonchiriya, to have won something as well.

“When Chhichhore won the award, I was very happy because our industry is box-office oriented. If the film makes ?250-300 crores and it is not being celebrated enough, then you feel like there’s something wrong. But when the same film wins a national award, it’s like there has been poetic justice towards it.

"There has been a poetic justice towards the film, it finally has the justice that it deserved. I really felt quite good when Chhichhore got the award, but at the same time I secretly hoped that Sonchiriya should have won something,” Manoj Bajpayee said in an interview with Bollywood Hungama.

Directed by Abhishek Chaubey, Sonchiriya narrated a gripping tale of the dacoits of the Chambal region with his next, 'Sonchiriya', starring Sushant Singh Rajput, Bhumi Pednekar, Manoj Bajpayee, Ranvir Shorey, and Ashutosh Rana in pivotal roles.

Set in the 1970s, the film will trace the journey of the famous dacoits of the harsh valleys of Madhya Pradesh, where dacoit gangs were at loggerheads with the local police.