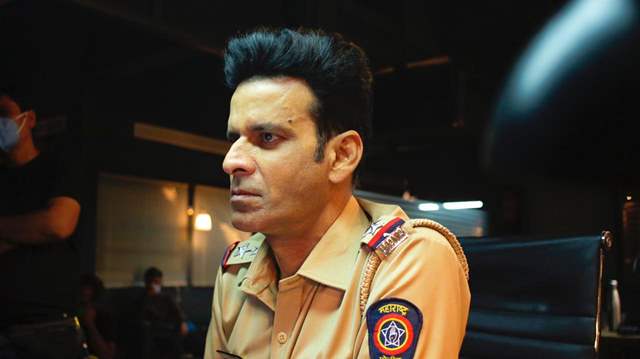 Dial 100 is now streaming on Zee5 and has been receiving rave reviews for Manoj Bajepayee's performance. The actor has totally owned the OTT space with the likes of The Family Man, Ray, and now Dial 100. His association with any project only adds more substance to it, and there are very few who'd disgaree. India Forums caught up with the actor and spoke to him about any space for pressure, the kind of work he enjoys doing, and more.

Having done something as big as The Family Man, do you feel the pressure to take up a project when you know you are doing it for the web?

Not at all. I don’t take that kind of pressure. I am doing what I like doing and, in the process, if people love it. In the process, if everyone’s sense of entertainment is satisfied, I will be very glad, happy, and satisfied. Primarily I am only doing what I love doing, what I like at that point in time. I choose the script according to my liking without thinking about what I have done in the past. The past is gone, that is something that is part of history. It’s left behind, I don’t really focus on that. You’ll be seeing me in all kinds of genres, in all kinds of stories that will have no impact on the past success or failure.

You played a secret agent before, now you play a cop in Dial 100, are those slim lines you base your performance on?

Agents and cops are completely different. But at the same time, I must say that I don’t play the job that my characters are doing. Mostly I focus on the characters and their backstories and the person that I’m getting to play. The job comes much later and it plays a little part of it. But there are other very important things about the character that has to be taken care of and there comes the process. Even in Dial 100, this guy is a middle-class guy. He’s quite careless about what happens at home and he’s not really into what his son is doing. He doesn’t really care how his wife is managing the situation at home or his son. Everything about him is questioned just by a call.

What is it about Dial 100 that attracted you the most?

It is an edge-of-the-seat thriller. It’s an amazing compelling thriller, it's intriguing, at times it's menacing, at times it's quite suspenseful. But at the same time, it’s very heavy on emotions. It will leave you quite numb emotionally once the film ends. Those are the things that were quite attractive for me so I took up the project.

How was the experience working with Neena Gupta?

Quite inspirational in the manner she has performed and carried herself as an actor and as a person. So much dignity, so much grace and it was a privilege working with her. I only had one scene, most of the time we are talking on the phone which is also quite unique in a way. The night we were shooting, we met, we had a brief conversation and we were on our jobs. But I’m definitely I’m in awe of her and she’s also quite a child and so innocent in so many ways. When I see her in her Instagram posts, it’s amazing the way she is leading her life with no stress, no pressure and she is doing what she loves doing. It’s so amazing and so much to learn from her.

Having done all kinds of roles, what is the kind of character you enjoy doing the most?

Any character that is part of a great script, exciting characters, all of those is what I’m looking for. I love doing genre skipping. I love playing characters and films which are completely varied from each other and in that process, I try to surprise myself. I put myself into the grind with so many different directors and fulfill their demands. If the Family Man has come and everyone thinks Manoj is good along with all the other actors. I choose to do my next project with a different director who doesn’t care what I have done in the past and puts me through the grind. I enjoy that, I fight with them. We have heated exchanges and we have some great conversations at the same time. In the evening, we put our arms on each other’s shoulders and we pat each other and go home. Again, come back to the grind, go through the challenges again go through the same butterflies in your stomach whether the director is happy or not. If I’m doing the scene right or not. All of those questions, self-doubt, it’s amazing and it helps me to grow. It forces me to be on my toes and not to take any moment for granted.