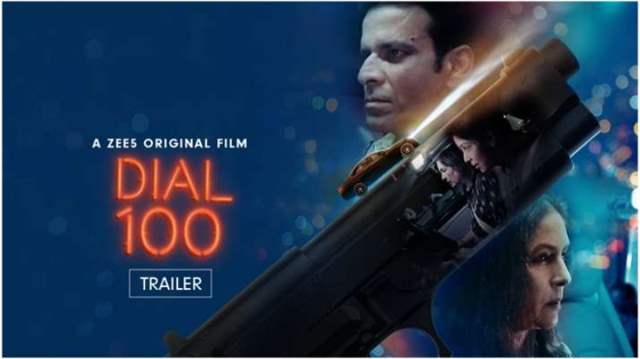 It seems to be the times of Manoj Bajpayee these days where the actor continues to have multiple big projects rolling one after the other.

Still basking in the mega success of The Family Man Season 2, Bajpayee already has another project rolling in the form of Dial 100 - a film on Zee5.

The trailer of the film was released only today and apart from Bajpayee, it stars the formidable Neena Gupta and Sakshi Tanwar as well. Bajpayee plays a cop in this one who works in a police control emergency room and one call especially intended for him is the kind of a call that will turn his life upside down. It is all the more refreshing to see Gupta in an avatar she's never seen before in. Usually typecasted for her motherly roles, Gupta plays the antagonist here who is a mysterious woman who holds people hostage and is on a revenge mission apparently-

The trailer was exhilarating to say the least and seems like an edge-of-the-seat film to watch.