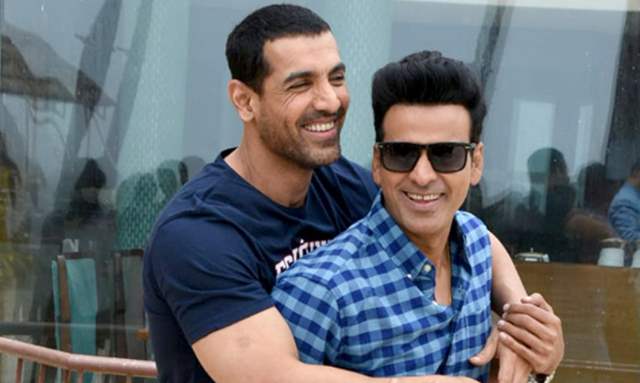 Actor John Abraham is celebrating his 48th birthday today and on his special day, fans gathered outside his office to catch a glimpse of the actor. Meanwhile, he is also being showered with wishes from his co-stars and wife Priya Runchal. However, John’s Satyameva Jayate co-star Manoj Bajpayee had a rather unique wish for him and it is too hilarious.

The 51-year-old actor took to his Twitter handle and penned a sweet birthday wish. The Satya actor is known for his witty remarks and it seems he couldn’t stop himself from adding humor to his note for the Force star. Calling John a fantastic co-star and human being, Manoj urged the ‘Force’ star to eat cake at least today.

Considering John Abraham’s physique it seems the actor hardly indulges himself with cakes or sweets.

“Happy birthday @TheJohnAbraham  may you you be blessed with all the happiness in the world!! One of my fantastic co actor and human being !! Aaj ke din to cake kha lena yaar!!!” tweeted Manoj Bajpayee.