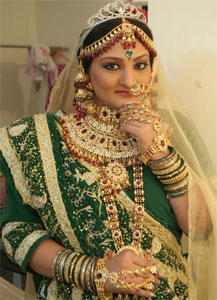 Manjula (Urvashi Upadhay), the elder Bahu of the Nanavati family recently had a huge challenge trying to portray the part of a queen for a dream sequence in STAR Plus' hit afternoon show, Hamari Devrani.

According to sources, "A jewellery designer from Ahmedabad was specially flown in to design the jewellery that she was supposed to wear. It was encrusted with semi–precious stones to lend an authentic touch to it".

"Shooting with the costume which weighed 15 kgs and jewellery weighing 5 kgs was difficult for Manjula due to extreme hot weather conditions, but she was so charged up with the prospect of playing a queen that she took the difficulties in her stride and gave an impressive performance. Apparently, Manjula has always longed to essay the role of a queen since her theatre days, and had a few good opportunities but they always fizzled out of her hands. So this chance to be a Rani, even if it was in her dreams was one part that Manjula was ready to do anything for.

While narrating her experience, Urvashi was very excited and said, "Playing a role of Queen was just like a dream come true, though I had to wear the 20 Kilos jewellery and costume for more than 10 hours. Seeing my self on screen as a queen was the happiest moment for me". An elated Urvashi adds "I was waiting for this role ever since I began my acting career".

Well, with the Taj Poshi of Bhakti happening very soon, this dream of Manjula Bhabhi of becoming the Queen will surely be short-lived!! 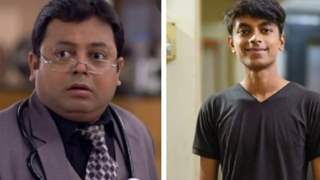 + 5
13 years ago That is too Much Indeed, But i will feel really sorry for when she Looses all this lol ..
Hehe

Anywaii Looking forward for the Track Soon !
But My God, That Much Jewellery

+ 6
13 years ago omg
that looks just too much ...wonder how did she carry that in this heated season