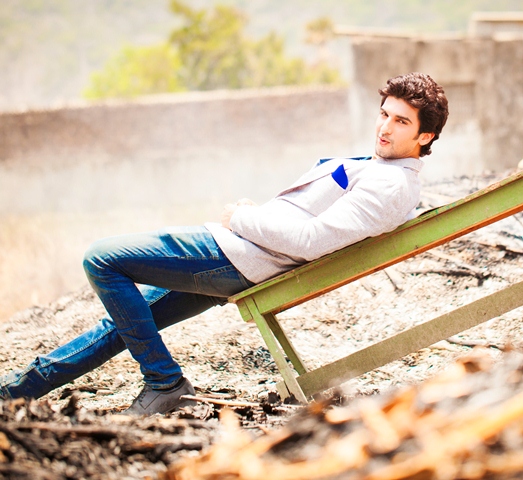 Actor Manish Raisinghan, we hear is all set to head to Dubai this Holi for a special show in the middle eastern city.

The actor who we believe also has a hidden dancing talent has requested his choreographers Samir and Arsh Tanna, who had won the Filmfare award last year for Lahu Munh Lag Gaya from Ram Leela, that they incorporate their award winning song into his performance.  We hear that in Manish's 10 minute performance, the choreographer couple has made sure they put in their very challenging number from Ram Leela.

When we asked Manish he said, "When in rome do as the romans do... and if you have the roman emperor hosting you its the best to dance to his tunes to make your experience unforgettable... over here Rome is the world holi fest stage and the emperors are Samir and Arsh and their tune is the song for which they bagged the filmfare for best choreography last year... so when we got to know that its Samir and Arsh choreographing for us who created magical chemistry between Ranveer and Deepika on this holi number that too on holi... Avika and I thought this is the best way to treat the dubai fans with the same magic by the choreograper duo for Rosid, who are known for the same magical chemistry... for now because of our super hectic schedule Samir and Arsh are also working overtime to serve the audiences wid the yummiest holi ever."

+ 2
6 years ago Manish Raisinghan n Avika Gor rocks. Wait tooo see that fire chemestry, that hottness in their dance. U both burn the stage. Love u both

dharani.r 6 years ago MANISH RAISINGHAN AND AVIKA GOR HAPPY TO KNOW THAT YOU BOTH ARE GOING TO PERFORM TOGETHER. WAITING FOR UR PERFORMANCE. KEEP ROCKING AVIMAN. LOVE U LOTS. HOPE IN SSK WE WILL SEE ROSID MAGIC SOON.