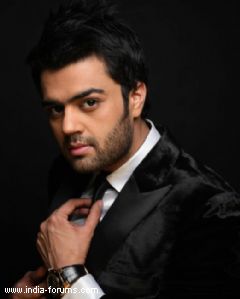 Popular TV anchor-actor Manish Paul, who will be seen in a key role in comedian Sunil Grover's upcoming comedy show 'Mad In India', says that he would want to compete with Hollywood comic host Jay Leno instead of comedians Kapil Sharma and Krushna Abhishek.

"There is no comedy war (between me, Kapil and Krushna), people are saying a lot of things about it," Manish said here Friday on the set of the dance reality show 'Nach Baliye season 6', where he was present to promote his show 'Mad In India'.

"If I have to have a war then I would love to have it with top comedians like Jay Leno," he added.

Talking about the show 'Mad In India', Manish said that it will have some inspiration from actor-filmmaker Shekhar Suman and Jay Leno's shows.

"Our show ('Mad In India') will have some kind of comedy inspired by Jay Leno and little bit from that of Shekhar Suman's show," said Manish, who will be seen as host in the show.

Bollywood actor-filmmaker Shekhar Suman is quite synonymous with comedy on TV. His shows 'Movers And Shakers', 'Simply Shekhar' and "Carry On Shekhar' were very popular and were adapted from 'The Tonight Show' with Jay Leno.

"There are certain things that you (audience) will find similar to what you would have seen in those shows. We have tried to make a totally new show and you all will enjoy," he said.

'Mad In India', set to go on air from February 16 on Star Plus, will have many celebrities including Shweta Tiwari and Dolly Ahluwalia playing different characters.