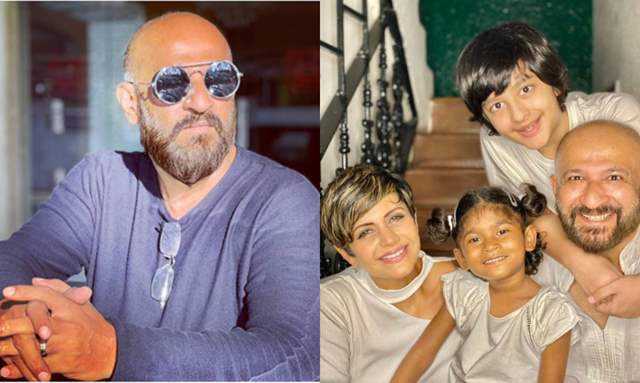 Bollywood actress Mandira Bedi's husband and filmmaker Raj Kaushal passed away in the wee hours of Wednesday after he suffered a cardiac arrest. According to recent reports, he was at his home when he passed away. The news left not just the fans but also their friends shocked as the pictures of the two of them partying with their friends were circulated on social media on Sunday.

Jitu Savlani, a close friend of the family confirmed the news while speaking to ETimes and said, “It is true, he suffered a cardiac arrest early in the morning.”

Raj Kaushal had directed films like 'Pyaar Mein Kabhi Kabhi' and 'Shaadi Ka Laddoo'. He had also called the shots for commercials.

Meanwhile, actor Rohit Roy informed indianexpress.com, “Raj passed away this morning, around 4.30 am, he had a heart attack. He was at home, by the time the family could get any medical help, Raj had gone.”

A few minutes ago, Rohit posted an emotional note bidding goodbye to Raj Kaushal. Taking to his Twitter handle, Rohit wrote: “One of my oldest, closest friends passes by and I can’t even be there at the funeral…can’t even see him okie last time…can’t pay my respects in person…and people think an actors job is all cushy and fun! It’s the most unenviable job in the world at times… @rajkaushal1 RIP”

Earlier this weekend, Mandira and Raj Kaushal had hosted a get-together on Sunday which was attended by their close friends Neha Dhupia, Angad Bedi, Sagarika Ghatge, cricketer Zaheer Khan, Ashish Chaudhary and his wife.

Ashish Chaudhary was reportedly one of the first to reach Mandira Bedi's residence after the unfortunate news.

2 months ago Oh Lord...may God gives his family the strength....rest in peace 🕊️