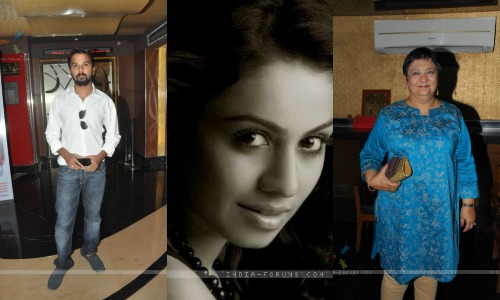 TellyBuzz earlier reported about DJ's upcoming show on Star Plus which will be based upon the the American drama Everybody Loves Raymond.

Well, according to the latest development, our source informs us, "Popular actress Manasi Parekh who rose to fame from Gulaal has been finalized to play the lead in the show. While actor Namit Das who has been seen in Zee TV's Pancham and has also appeared in movies like Wake Up Sid, Lafange Parindey, etc. has been finalized to pair opposite Manasi. Actress Bharti Achrekar, recently seen in SAB TV's LaaptaGanj and  Chidiya Ghar has been roped in to play the mother in law of Manasi."

All our efforts to reach Namit Das and Bharti Achrekar went futile.

6 years ago hmm hope they don't make it look like a saas-bahu drama and stick with comedy!!

Raymond was one hell of a show!! but in an indian version I am not sure they can keep up the same humour!!

6 years ago all cos she blogged about it, once not so long ago?

+ 3
6 years ago Really wanted to see Manasi/Neil together again so I'm disappointed.. nonetheless wishing Manasi all the best for her new show. Will definitely watch it for her :)

+ 2
6 years ago Manasi Parekh is a great actress..Loved her in Gulaal!