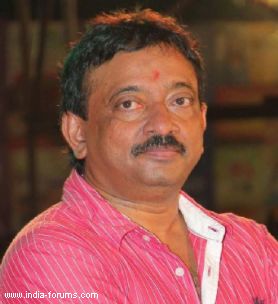 Filmmaker Ram Gopal Varma has hailed Telugu film "Manam", which features three generations of the Akkineni clan, by saying that if the entertainer was made in Bollywood, it would have zoomed its way into the Rs.100 crore club.

The film, directed by Vikram Kumar, rewinds the magic of late Nageswara Rao, who carved a special place in the hearts of millions of cinema loving people for decades.

Varma, who worked with Nag in his 1989 directorial venture "Shiva", in a series of posts on Twitter, praised the content and performances wholeheartedly. Here's what he wrote:

"Just saw 'Manam'. If it was made in Bollywood it would have straight gone for Rs.100 crore. It's an avant garde product but deeply rooted in earth. 'Manam' is the first constructive demonstration that Tollywood actually can go into a new age of cinema.

"There was a standing ovation at the end in the theatre I saw 'Manam' in, which I doubt ever happens for a Telugu film.

"I feared Chaitanya would feel over-awed in sharing the same screen space with Nag but he was terrific. In fact, in 'Manam', Chaitanya was way far better than how Nag was in his first screen sharing experience with ANR.

"Both Nag and Vikram deserve multiple salutes for making a film like 'Manam' happen. Nag and Chaitanya's onscreen chemistry is the best I ever saw between two actors.

"The only tragedy of 'Manam' is that ANR is not alive to see this astounding celebration of human emotions.

"From the time ANR brought the industry to Hyderabad to Nag taking it further on to a new age cinema...that's what I call a great journey."