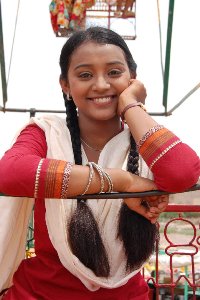 It seems the changing weather is taking a toll on everyone's health as after Karan Tacker, its Mamta Chaturya aka Phooli of Colors Balika Vadhu, who has faced the brunt and is currently undergoing a treatment for typhoid.

A source from the sets informs, "Mamta is admitted in the D.Y.Patil hospital since last week and has been diagnosed with Typhoid. She is not shooting for the show since then but is willing to resume back from next week."

Mamta remained unavailable but a source close to the actress confirmed, "Yes, currently Mamta is in the hospital, she has been relieved from the shoot as she was not wanted for it at the moment. She will be needed in the coming next week."

We wish Mamta a speedy recovery!

sruthi_m 8 years ago take care of your urself...hope you are fins with your injury from goa

areebaVirika 8 years ago Tacker is a rockstar although he was ill he not miss a day of shooting :)

i wish Mamta that she recovers soon

maryumtalks 8 years ago Get well soon! Its hard when actors health does get affected due to hectic shooting esp TV Indian serial actors.