View Profile
Guess what's turning out to be the USP of Mallika Sherawat's upcoming release Ugly Aur Pagli? Those 99 slaps that she has in the offering for Ranvir Shorey.

Believe it or not but in this upcoming riotous comedy from the house of Pritish Nandy Communications, Mallika slaps Ranvir a staggering 99 times. And all this happens even as the two are shown to be love birds in the film. One wonders if Ranvir was a real sport to this treatment mainly because at the end there was also 1 kiss reserved for him, as indicated by the film's tagline - 99 SLAPS 1 KISS! 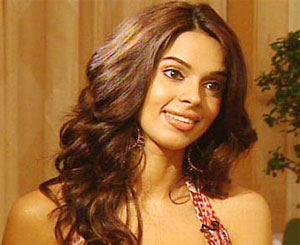 
Ugly Aur Pagli is the story of Kabir (Ranvir), a carefree guy who has been studying engineering for ten years now. However, his life goes through a spin when he meets the quirky and kinky Kuhu (Mallika Sherawat). Though Kabir always wanted a girl to love, never in his wildest dreams had he imagined to come across someone like Kuhu who would make him do crazy things.

And what were these crazy things? Well, nothing less than dancing around circles, run semi naked, ride cycles without seats or wear high heeled ladies shoes! Well, 99 slaps were just a few more add-ons!

A desperate Kabir tries hard to escape Kuhu's clutches, but in the process only ends up falling in love with her even more! Will he survive all her insane demands and tantrums?

As per the makers of the film, Ugly Aur Pagli is touted to be 'This Summer's Craziest Comedy'. Ugly Aur Pagli is directed by debutant film maker Sachin Khot and has music by Anu Malik with lyrics by Amitabh Varma. -Joginder Tuteja 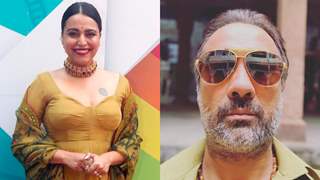